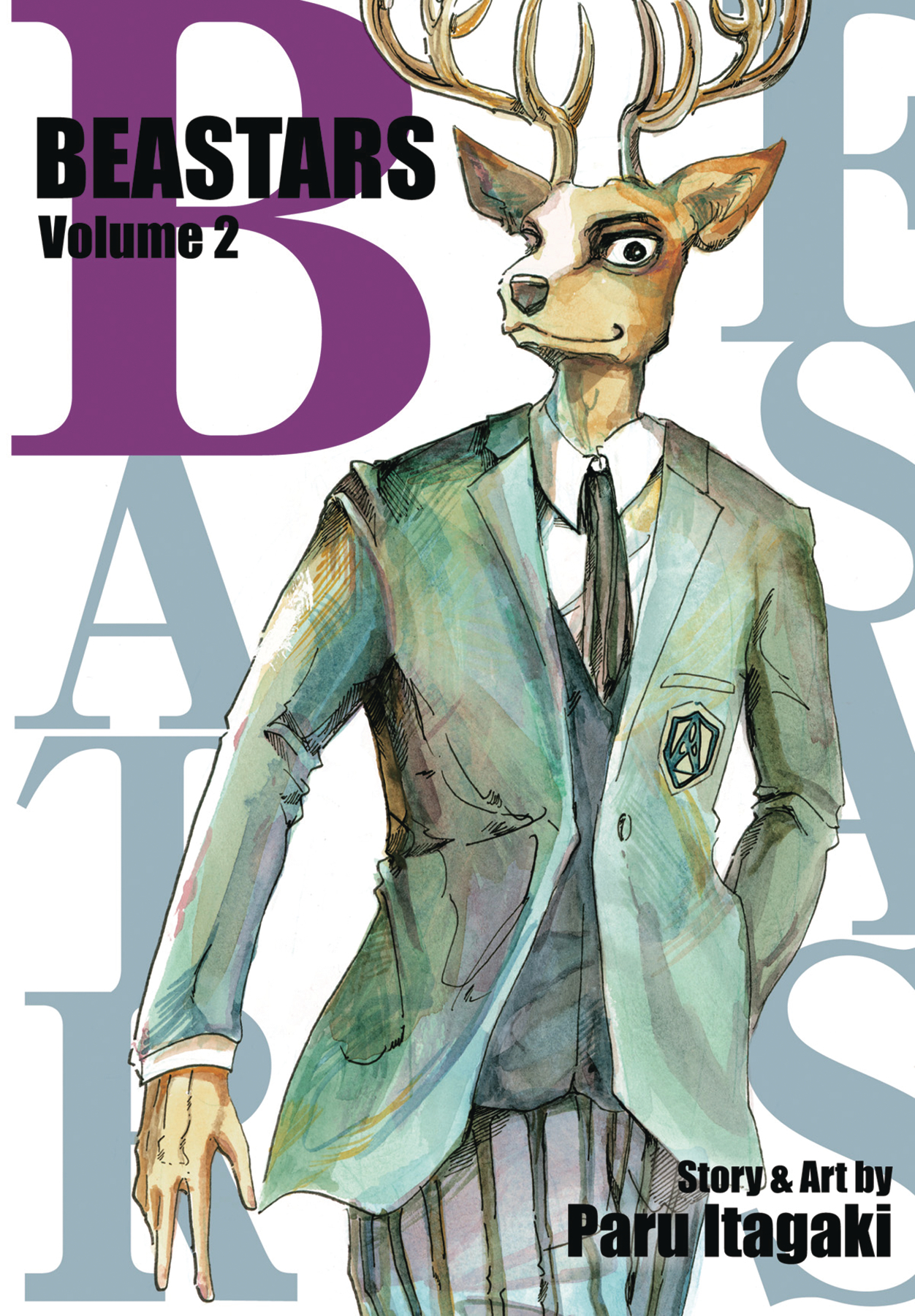 JUL192421
(W) Paru Itagaki (A/CA) Paru Itagaki
Dwarf rabbit Haru's odd behavior causes wolf Legoshi to flee. Later, Legoshi learns that the school drama club recruits new students to help them with their inner demons. What does their club president, red deer Louis, wrestle with...? Before Legoshi can figure it out, Louis forces him to face not only his own weaknesses but also his strengths. Legoshi's character is truly put to the test when his onstage fight choreography with tiger Bill turns all too real. Has someone broken the school rules? And could the battle between Legoshi and Bill involve...a female?