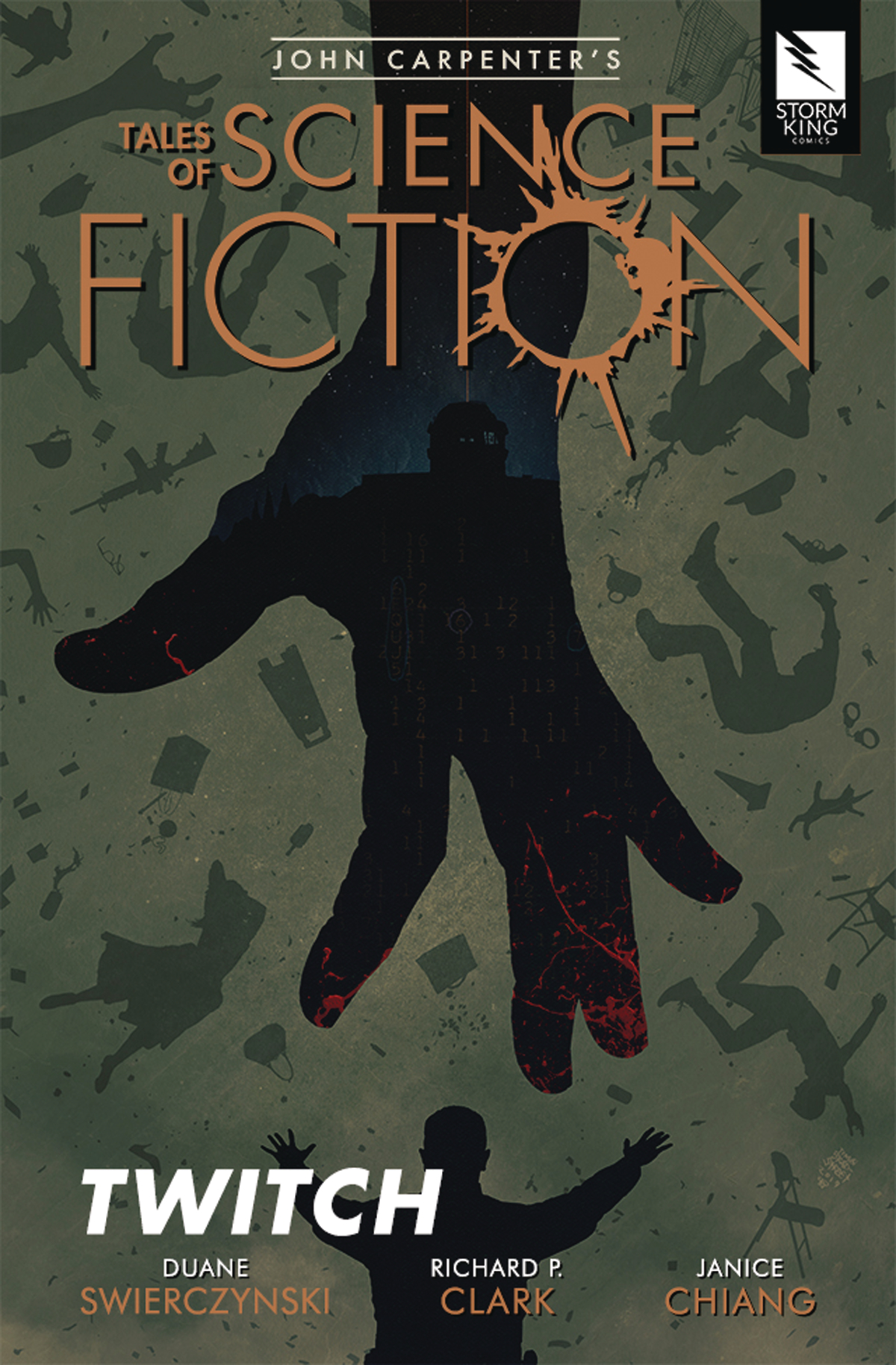 JUL192208
(W) Duane Swierczynski (A) Richard Clark (CA) Tim Bradstreet
August 1977. Astronomers detect the so-called "WOW" signal: a burst of sound from deep space, near the constellation Sagittarius. The signal is believed to be extraterrestrial in origin. Today. In a desert town one hour north of L.A., Lieutenant Ron Pinkerton watches in horror as law-abiding citizens begin to lose their minds. Then astrophysicist Marisa Stringfellow appears, telling Pinkerton the craziest thing he's ever heard: an alien entity is taking over minds one by one and using their hijacked bodies to create as much mayhem as (in)humanly possible. The tell-tale sign: a violent twitch that means: goodbye, nervous system. Now humanity's last chance lies in the hands of hardboiled cop and a heartbroken scientist... that is, until one of them begins to twitch.
In Shops: Sep 25, 2019
SRP: $19.99