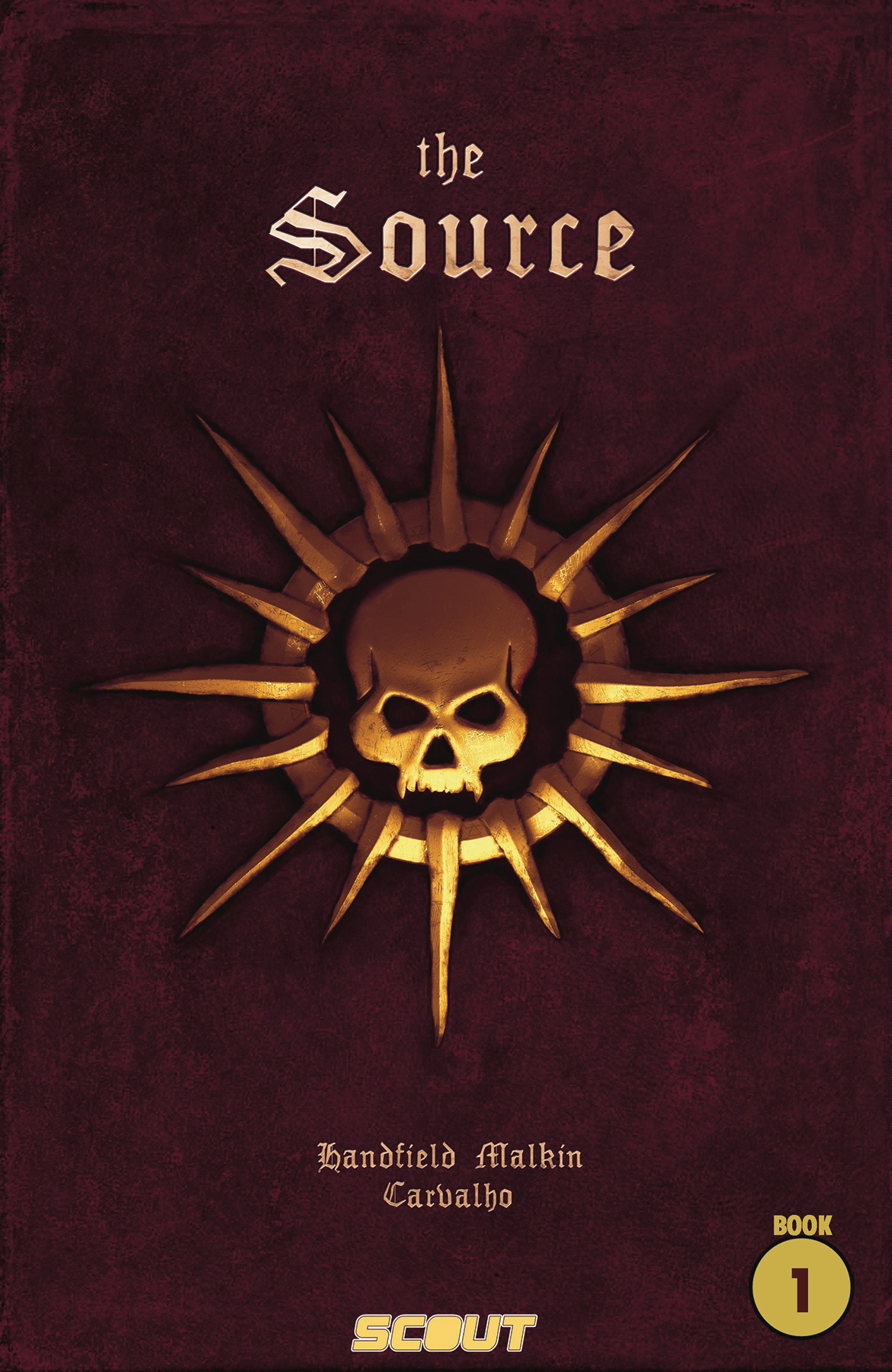 JUL192171
(W) Don Handfield, Joshua Malkin (A) Leno Carvalho (CA) Nicholas Ely
The Source is the story of Bennett Miller, a high school teacher in East St Louis who still lives with his grandmother. One day Bennett is approached after his class by a mysterious old woman, Ms. Putnam, who tells him that magic is real... and he's the one prophesied to return it to humanity. The only problem...it's been outlawed for thousands of years by the ancient Few, a powerful sect who hoard it to prolong their own lives... and will stop at nothing to keep it secret. Based on true history, real legends, and actual folklore and myths. Co-written by History Channel's Knightfall writer Don Handfield and Joshua Malkin and Illustrated by Leno Carvalho.