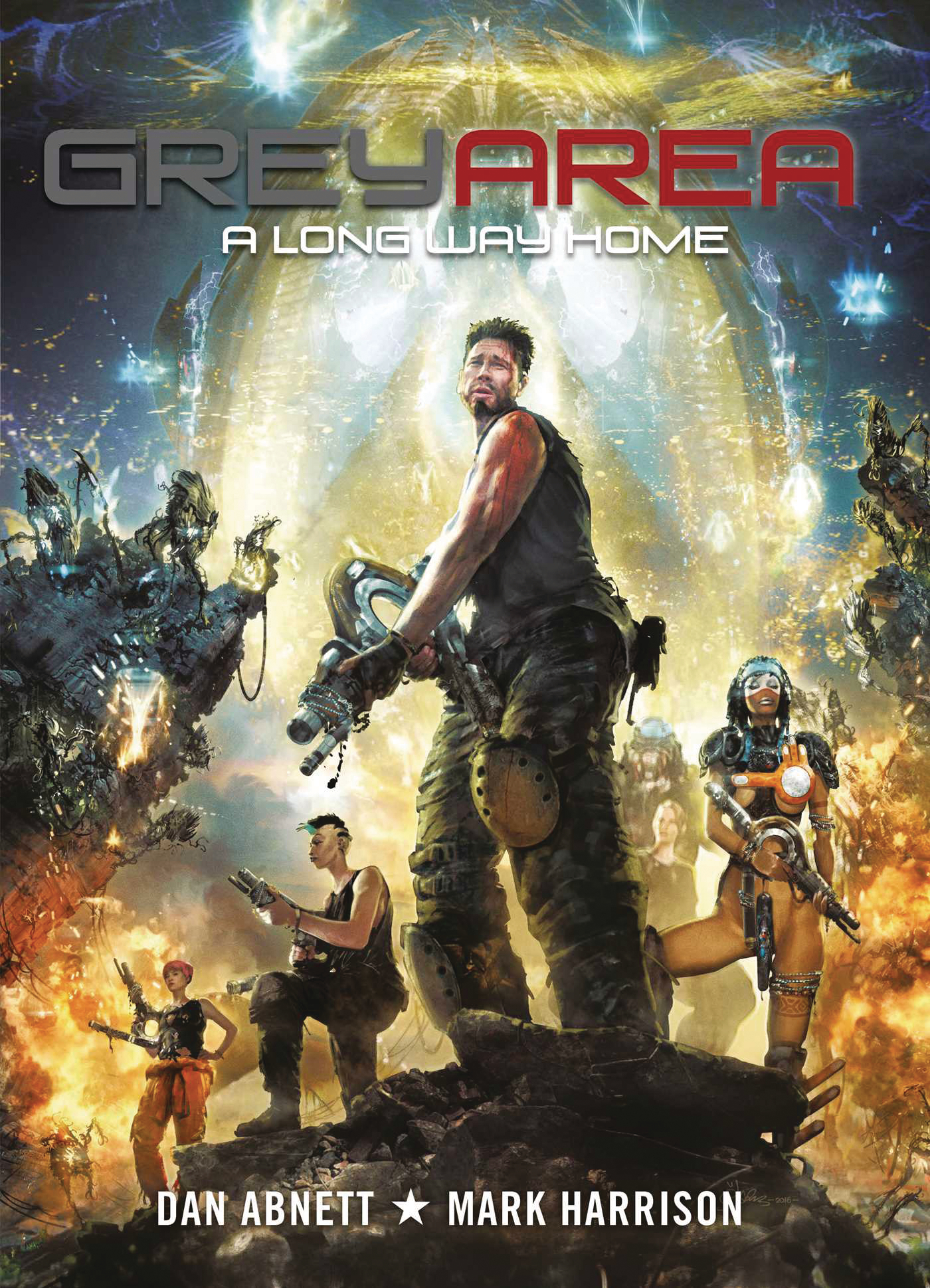 JUL192143
(W) Dan Abnett (A) Mark Harrison
The stunning second volume of the dystopian satire of alien immigration cops! North America, 2045. The Global Exo Segregation Zone (aka the 'Grey Area') is a huge holding area in Arizona housing aliens hoping to visit earth: The only thing standing in the way of chaos is the Exo Transfer Control squads: E.T.C. Captain Adam Bulliet has a lot on his plate; The Arakshu want revenge on humanity for their dead ambassador, increasing numbers of aliens are having rapturous visions, and his fraternisation with Officer Birdy isn't nearly as discrete as he thought. Not to mention a dizzyingly colossal god star is descending on Earth, and Bulliet's team are the ones suiting up to meet 'n' greet the second coming. But they might end up going further than they expect...
In Shops: Sep 25, 2019
SRP: $19.99
View All Items In This Series