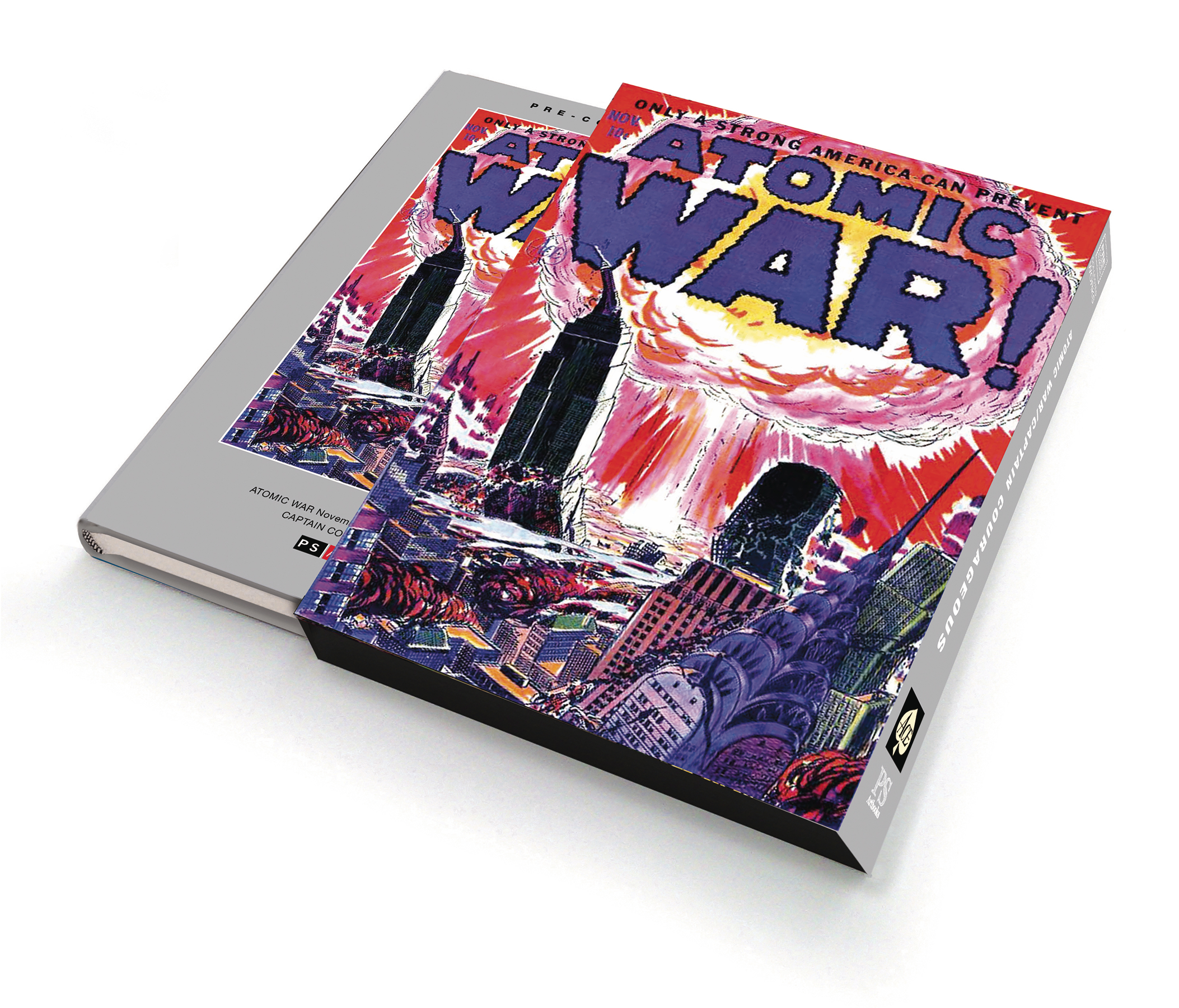 JUL192131
(A) Ken Rice, Lou Cameron, Bill Molno, Jim McLauchlin, Chic Stone, Sol Brodsky, Harry Sahle, George Wilson, Lou Paige
Hey, gang! This one'll go with a BANG... what with the impending end of Planet Earth in the news. Yessir! But this four-issue volume of Ace's Atomic War! comic doesn't focus on the gentle global warming path to oblivion we're all of us currently taking, but rather the big "Hoo Boy, here comes the End of Everything!" approach we all of us figured would be the way humankind would hand in its chips, namely with mushroom clouds aplenty, bombs the size of city blocks, and floods to make Noah's problem look like he left a faucet running in the bathroom. You betcha by golly, this here's a gem of a book, comprising all four issues of Atomic War! (November 1952 to April 1953), plus the one-shot Captain Courageous from 1942 - all of 'em featuring stories and words from the likes of Ken Rice, Lou Cameron, Bill Molno, Jim McLaughlin, Chic Stone, Sol Brodsky, Harry Sahle, George Wilson and Lou Paige. Way to go, you warriors! Better stock up on those cans of soup! Available in Standard Hardcover and Slipcased Hardcover editions.
In Shops: Nov 27, 2019
SRP: $56.99
View All Items In This Series