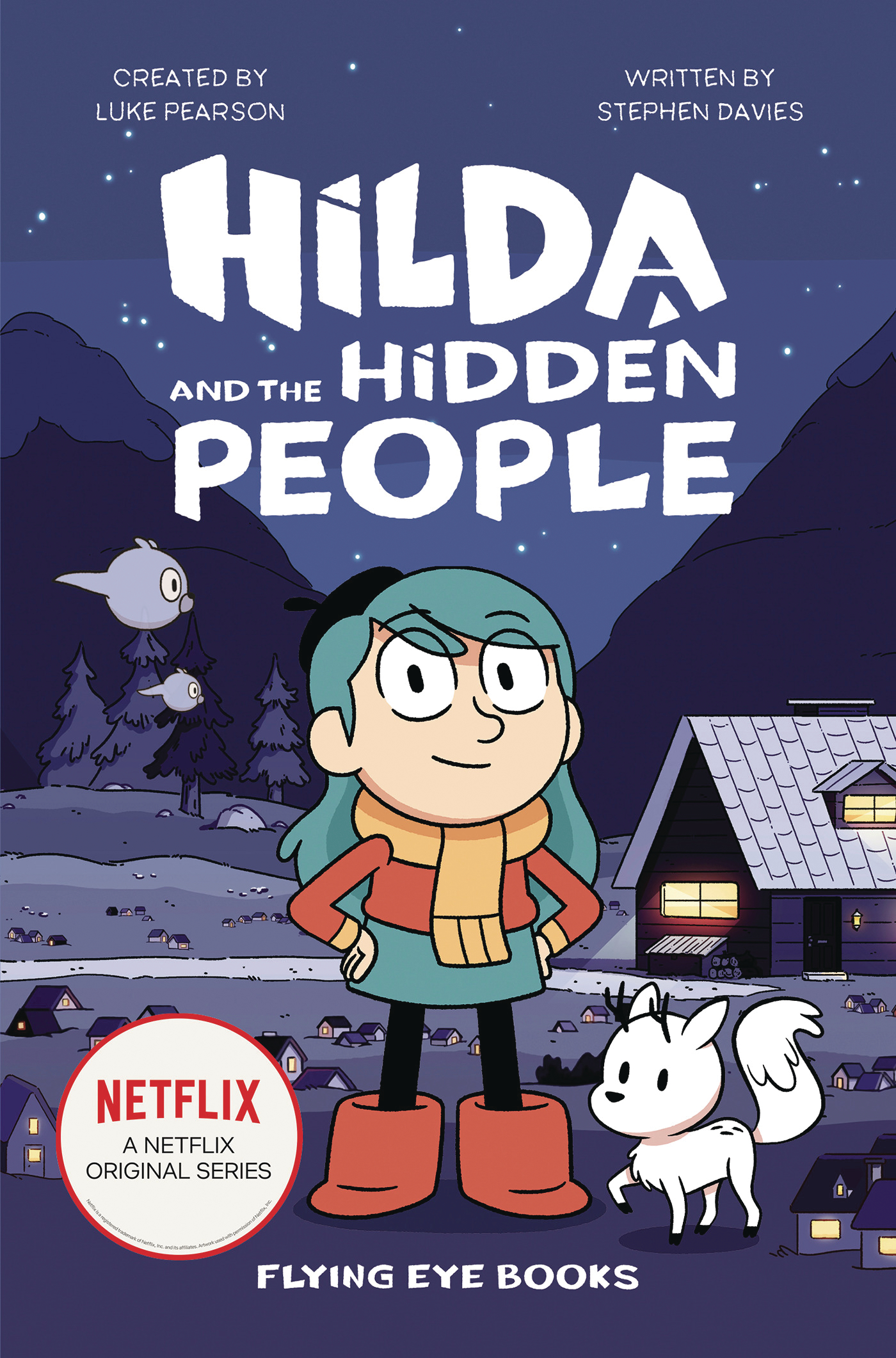 JUL192077
(W) Stephen Davies (A/CA) Seaerra Miller
Introducing the novel based on the Netflix animated series, Hilda! Meet Hilda: explorer, adventurer, avid sketchbook-keeper and friend to almost every creature in the valley! Join our beloved heroine as she encounters her very first troll, negotiates peace with some very persnickety elves, and reunites two lovelorn ancient giants. Fantastic creatures and daring adventures are all just part of another average day for Hilda, but what will she do if she is forced to move to Trolberg city, far away from her beloved valley home? Dive into the adventure with this illustrated chapter book, based on the first two episodes of the show.
In Shops: Sep 04, 2019
SRP: $10.99
View All Items In This Series