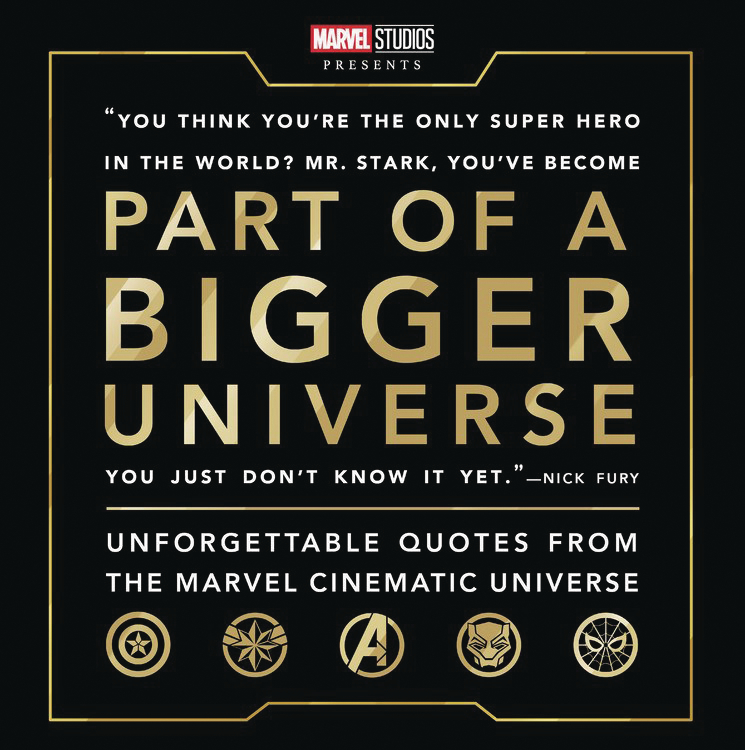 JUL192057
(W) Steve Behling
Celebrate the Marvel Cinematic Universe from the very beginning through the Endgame. Its heroes aren't just high-tech suits and super-powers; -they're part of a team, part of a family, part of a bigger universe. At their very cores, they're the essence of what it means to be human and to be heroic, even when the two are fundamentally at odds. Filled with the most amusing, aspirational, and awe-inspiring quotable moments from the characters that make these iconic films what they are today, this collection is a must-have for every Marvel Studios fan who finds a bit of themselves in their favorite hero.
In Shops: Sep 04, 2019
SRP: $14.99