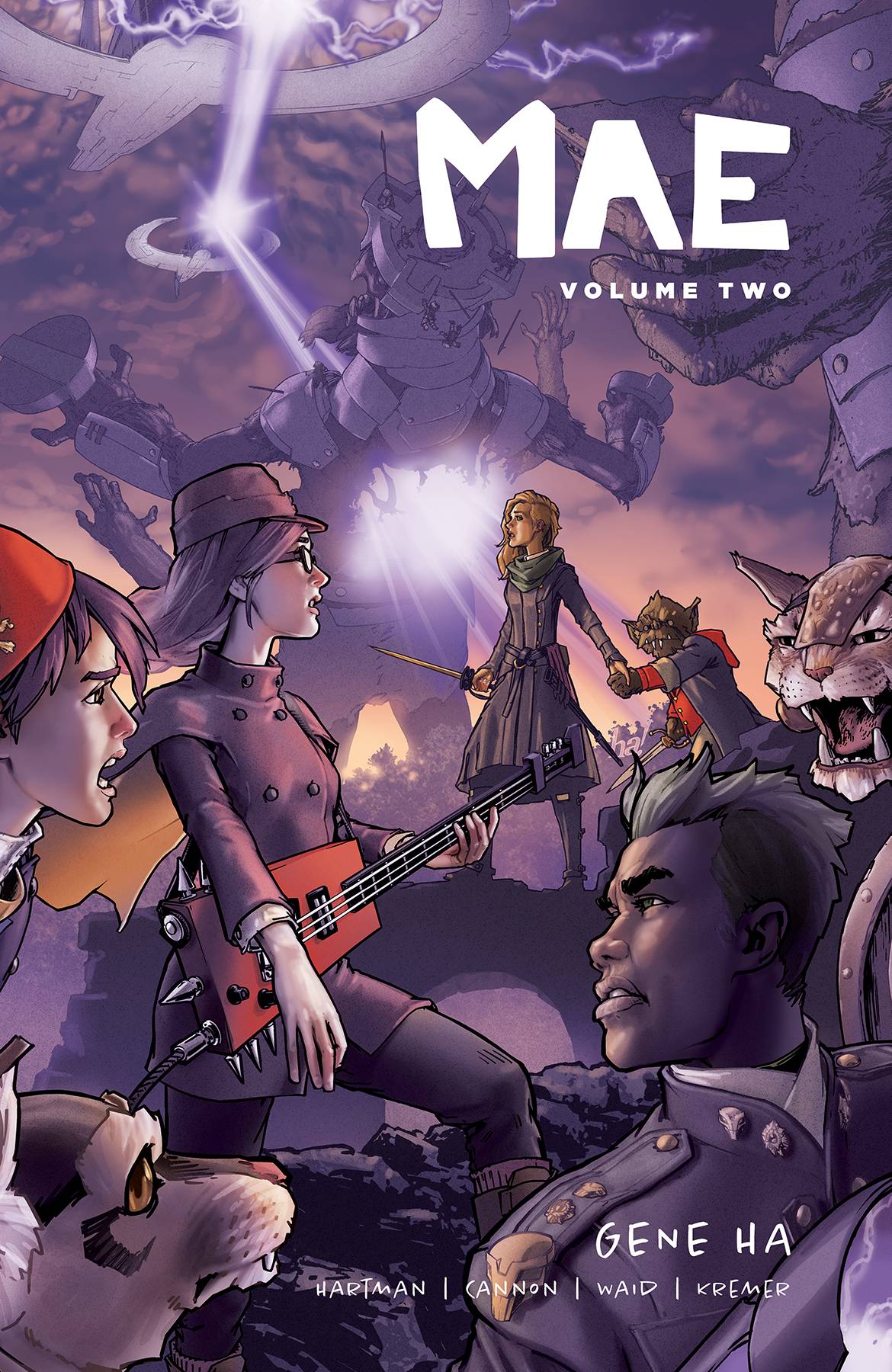 #
JUL192046
(W) Gene Ha, Mark Waid, Molly Jane Kremer (A/CA) Gene Ha
Mae has followed her long-lost sister Abbie through a gate and into another world: Cimrterén,
a world full of dangerous creatures, strange science, and warring nobles. Their father has gone
missing at the hands of these malicious dukes, and Mae and Abbie must fight their way to the
heart of Ebenhrad to find their father. Along their journey, they'll come across old friends,
plus some new adversaries determined to stand in their way.
In the second volume of the series, Mae and Abbie face some of their biggest challenges yet.
Even fantasy-locked sisters can have their differences. After a big blow-up fight, Mae sets out
on her own, leaving Abbie behind. When Mae learns that navigating her own way through
Cimrterén isn't as easy as she thought, she calls on her old friend Dahlia for backup.
Together they begin to uncover sinister secrets and piece together a much darker history to the
Fortell family than they'd ever thought possible.
In Shops: Sep 25, 2019
SRP: $14.99
View All Items In This Series