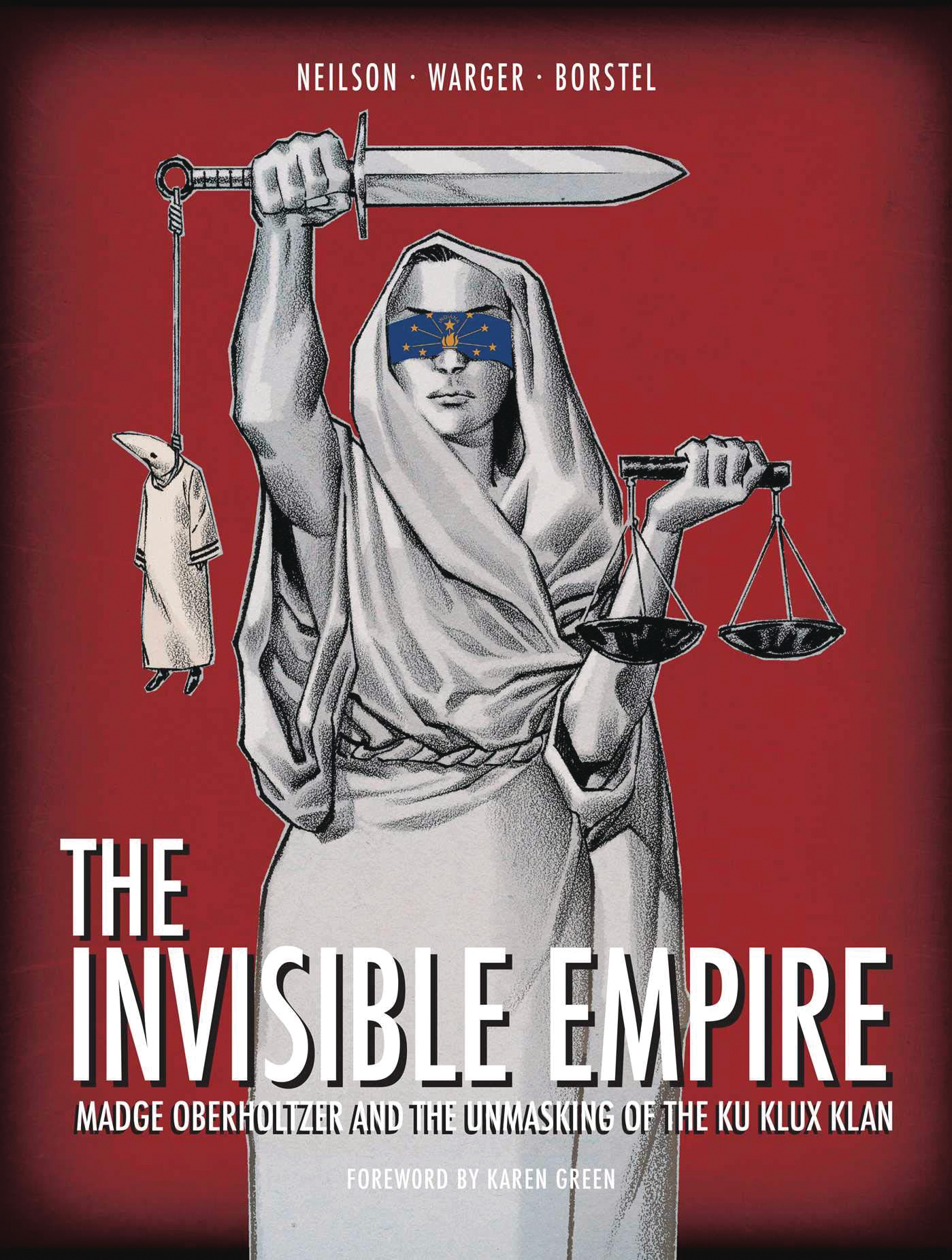 JUL192009
(W) Micky Neilson, Todd Warger (A) Marc Borstel
In 1925 the KKK in Indiana counted one third of the state's white population among its ranks. It was seen as a very patriotic, pro-working class organization. However, the case of Madge Oberholtzer would change that forever. Madge worked for D.C. Stephenson, a powerful politician in Indiana and former KKK Grand Dragon who led a coup dividing the Northern Klan. On March 15th, Stephenson and his henchmen abducted Madge at gunpoint and took her to Chicago, where Stephnson called himself the "law in Indiana" and proceeded to brutally beat and victimize her. Before succumbing to her injuries, Madge provided a full statement of her abuse, exposing the depths of Indiana's political corruption and lay bare the true face of the Ku Klux Klan, a revelation that would have a ripple effect on America's impression of the Klan from that day forward.
In Shops: Sep 18, 2019
SRP: $24.99