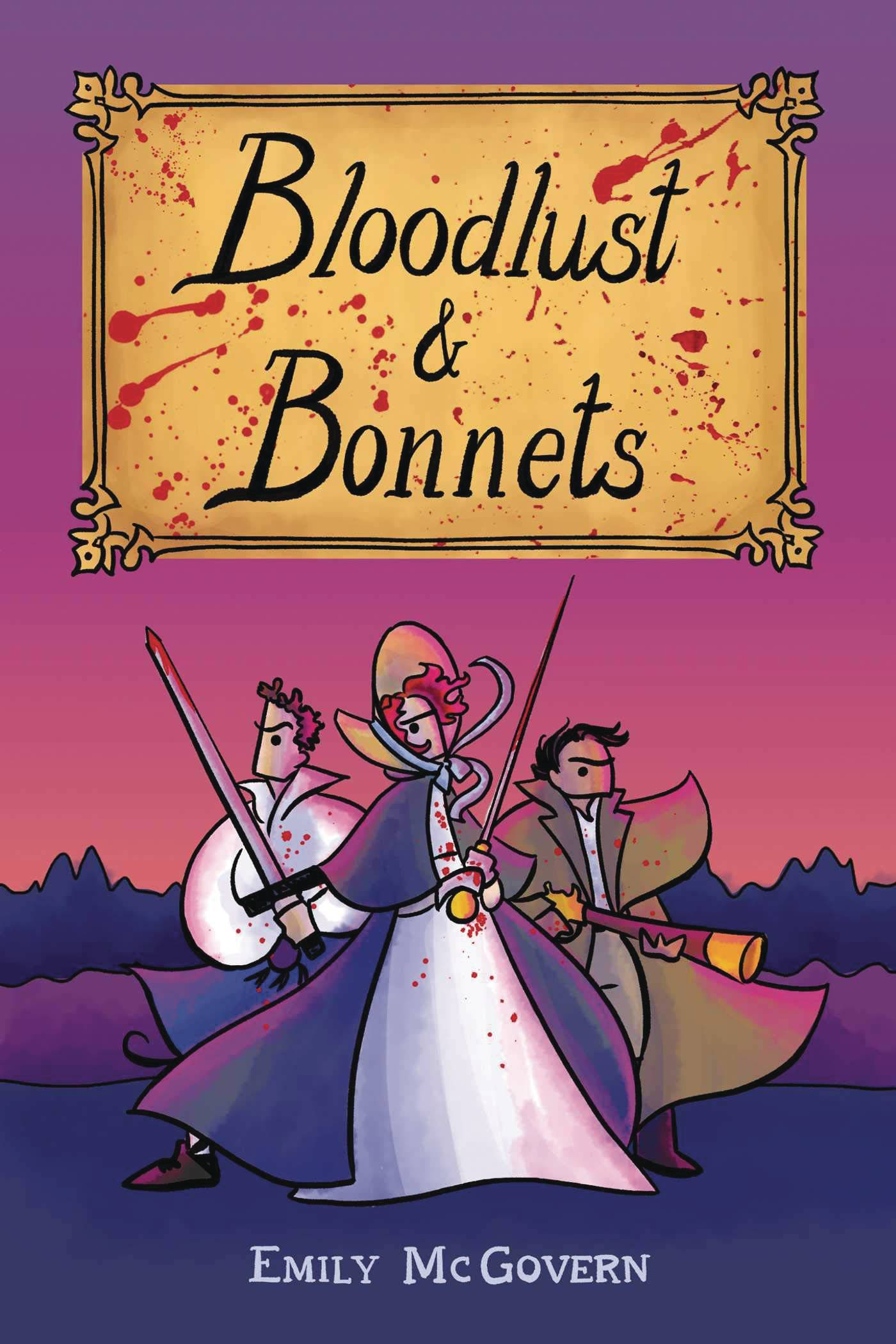 #
JUL191519
(W) Emily McGovern (A) Emily McGovern
From the creator of the hit webcomic My Life As a Background Slytherin comes a hilarious graphic novel pastiche of classic Romantic literature led by a trio of queer misfits and several angry vampires. Set in early nineteenth-century Britain, Bloodlust & Bonnets follows Lucy, an unworldly debutante who desires a life of passion and intrigue-qualities which earn her the attention of Lady Violet Travesty, the leader of a local vampire cult. But before Lucy can embark on her new life of vampiric debauchery, she finds herself unexpectedly thrown together with the flamboyant poet Lord Byron and a mysterious bounty-hunter named Sham. The unlikely trio lie, flirt, fight, and manipulate each other as they make their way across Britain, disrupting society balls, slaying vampires, and making every effort not to betray their feelings to each other as their personal and romantic lives become increasingly entangled.
In Shops: Sep 18, 2019
SRP: $19.99
ORDER WISH LIST