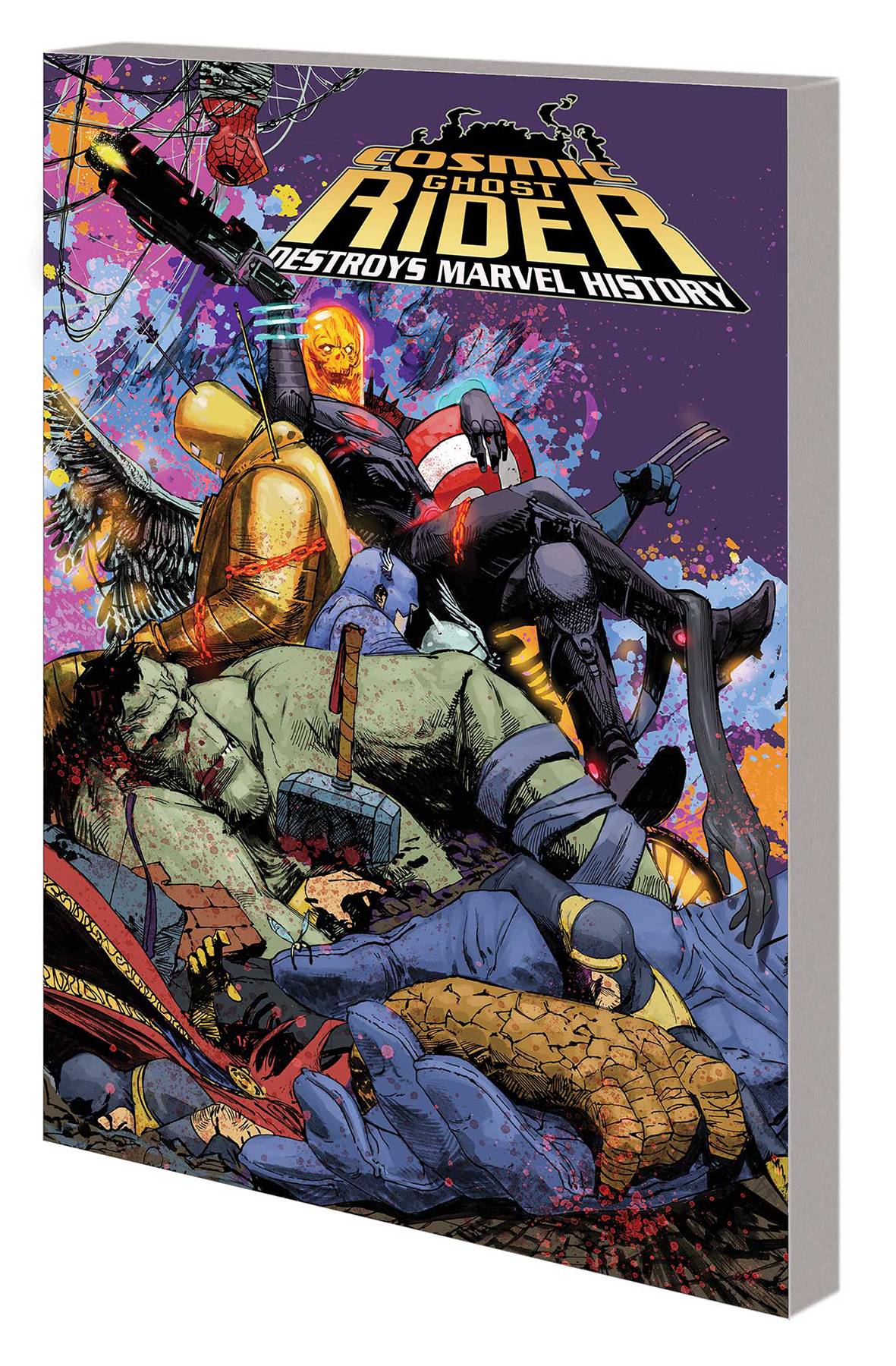 #
JUL191102
(W) Paul Scheer, Nick Giovannetti (A) Gerardo Sandoval, Todd Nauck, Nathan Stockman (CA) Gerardo Zaffino
Prepare to have your childhood memories destroyed! Frank Castle's future self, once the Punisher and now the twisted Cosmic Ghost Rider, is stuck in the past! So he might as well have some fun with the origins of the Marvel Universe, right?! After going back in time and trying to kill Thanos as a baby, Castle has sworn off trying to alter history. But when he arrives in Earth's past at the birth of the Fantastic Four, how can he resist jumping in on the fun? And once he derails Spider-Man's origin, will he take up the mantle himself? With great power, there must also come total irresponsibility! Plus: More drastic interventions on events you thought you knew, including World War II and a certain fateful day in a park. Collecting COSMIC GHOST RIDER DESTROYS MARVEL HISTORY #1-6.
Parental Advisory
In Shops: Oct 02, 2019
SRP: $17.99