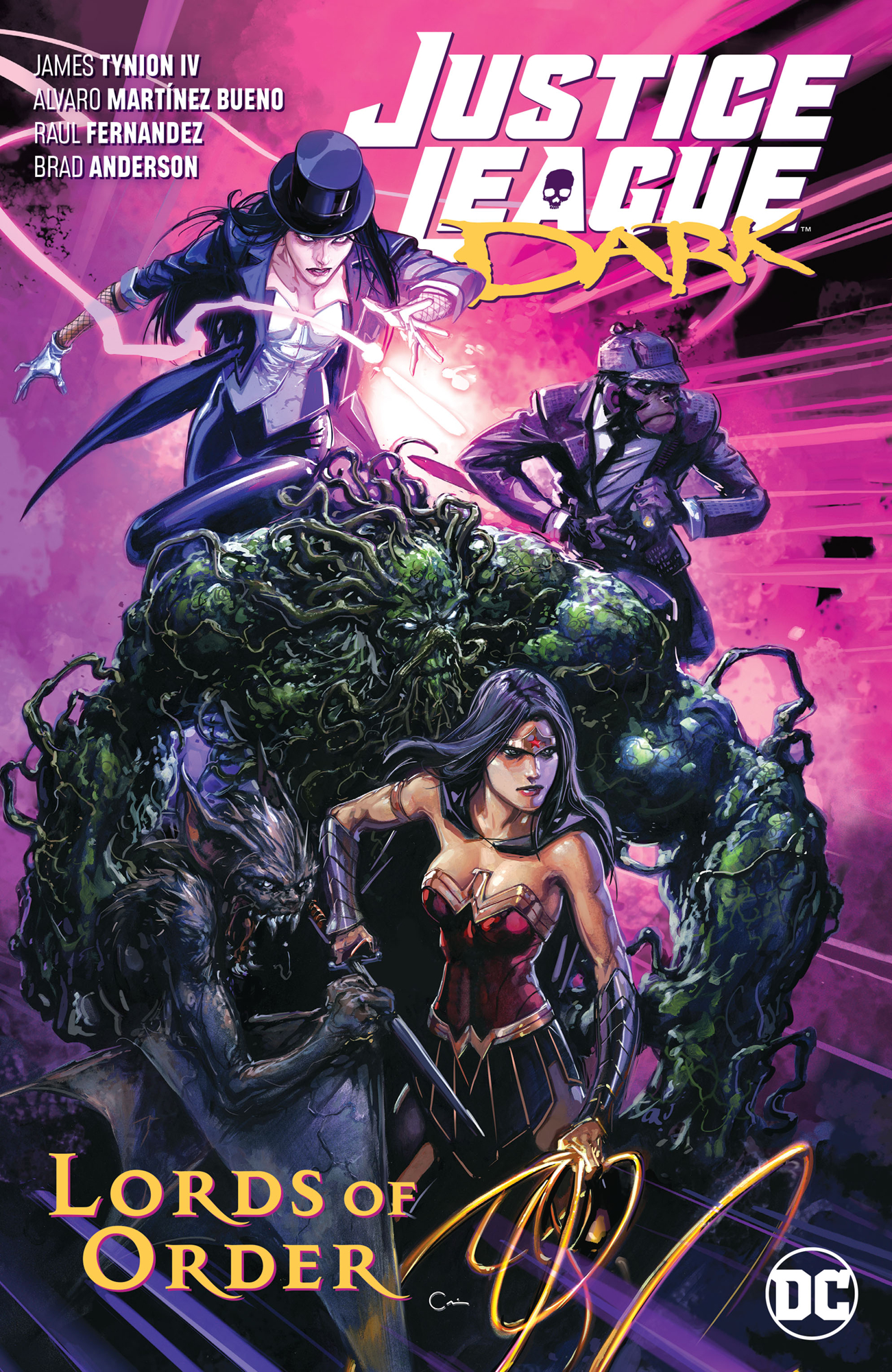 JUL190651
(W) James TynionIV, Ram V. (A) Alvaro Eduardo Martinez Bueno, Miguel Mendonca, Guillem March, Daniel Sampere, Mark Buckingham, Raul Fernandez, Juan Albarran, Mick Gray (CA) Clayton Crain
The world's magic is fading, and new enemies have appeared to take advantage of Earth's weakness. Doctor Fate has assembled the Lords of Order, trapping the magical community on Earth. To save magic, the Justice League Dark must escape Doctor Fate's snares and fight the Otherkind. But can they do all of that without calling on even more dangerous powers for assistance? Collects issues #8-13 and ANNUAL #1.
In Shops: Oct 16, 2019
SRP: $16.99
View All Items In This Series