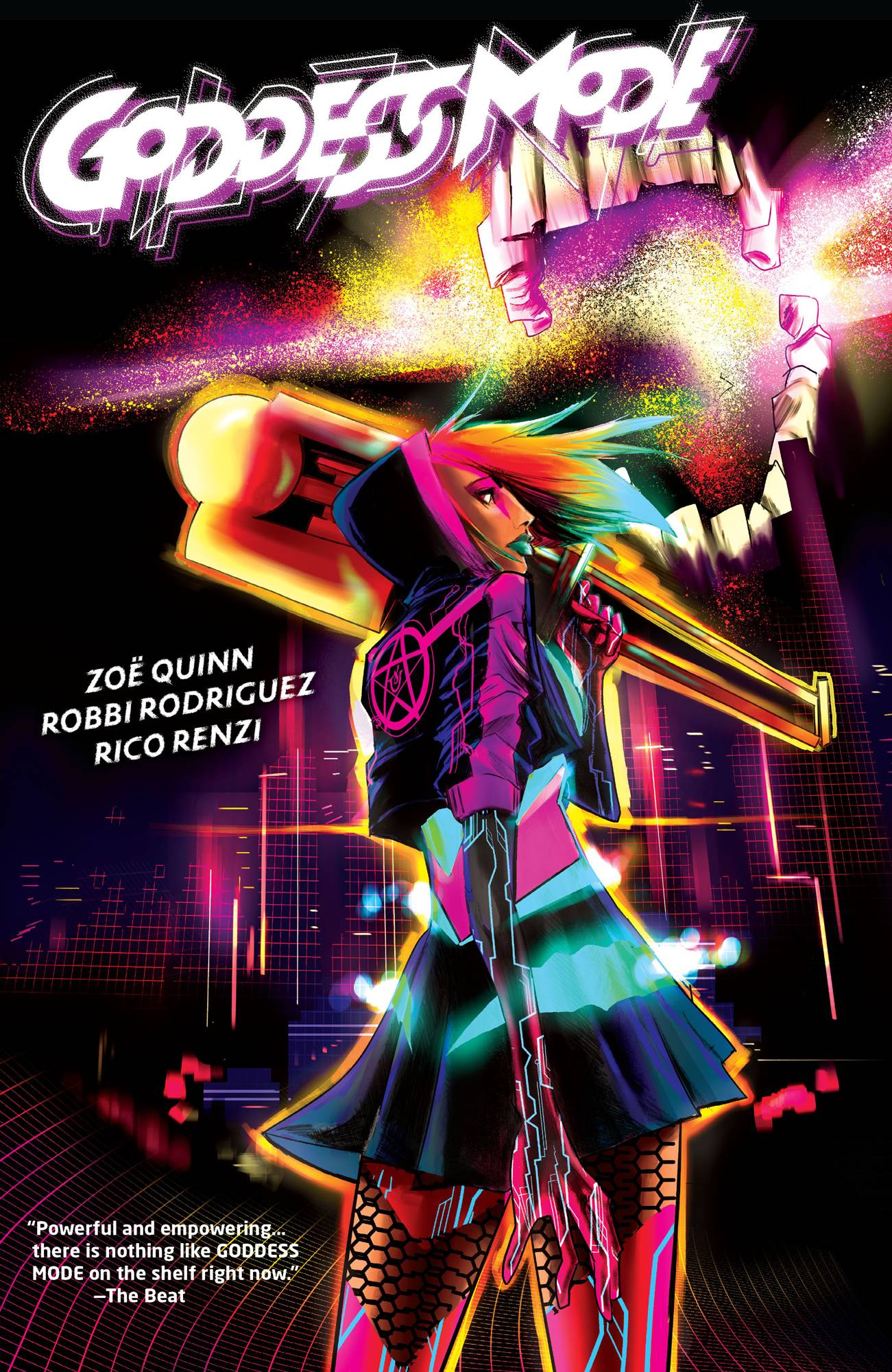 #
JUL190642
(W) Zoe Quinn (A/CA) Robbi Rodriguez
In the near future all of humanity's needs are administered by a godlike artificial intelligence called Azoth, and it's Cassandra Price's humiliating job to do tech support on it. The advent of Azoth has deepened inequality and robbed humanity of its soul, but Cassandra's life changes when she finds herself dragged violently into Azoth itself, manifested as a secret digital world beneath our own, one built on a combination of magic and metadata. There she encounters a group of apparently magical girls locked in a war with mysterious monsters for the power to fix the world-if only they could agree on what the world should be. Why was she chosen? What is the omnipotent Hermeticorp up to? Who created the Azoth world? And who are these girls anyway? Collects issues #1-6.
In Shops: Oct 16, 2019
SRP: $16.99
ORDER WISH LIST