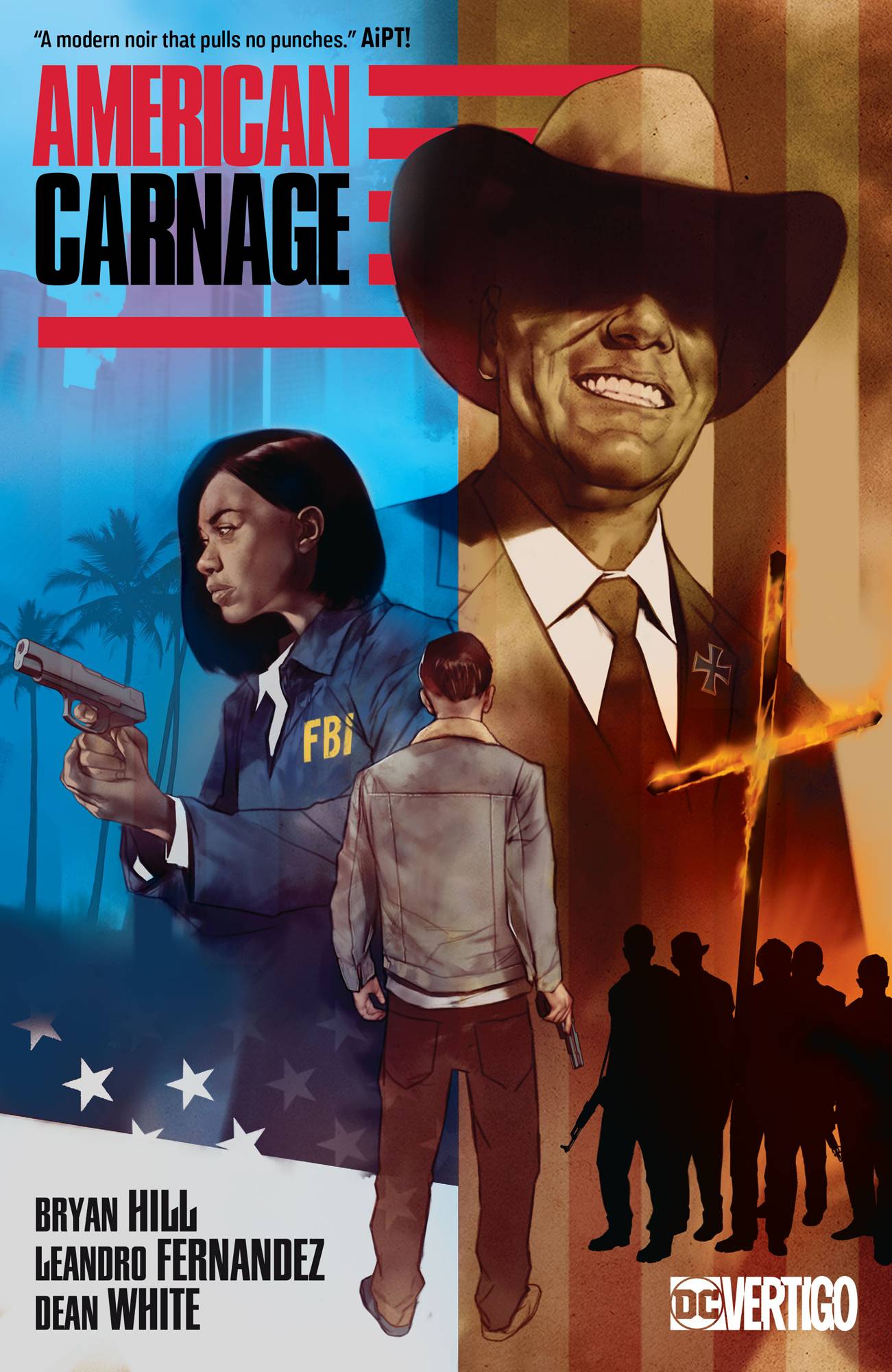 #
JUL190626
(W) Bryan Hill (A) Leandro Fernandez (CA) Ben Oliver
Richard Wright is a white-passing African-American former FBI agent offered a chance to right the wrongs of his past as his old mentor sends him deep undercover to infiltrate a radical and dangerous white supremacist group believed to be responsible for the death of a fellow agent. For Richard, this is his last shot to turn his life around. With the ghosts of the past constantly reminding him of the man he once was, he will have to not only find the redemption he seeks in the eyes of others, but within himself. Collects the entire nine-issue DC Vertigo series!
In Shops: Oct 23, 2019
SRP: $19.99
ORDER WISH LIST