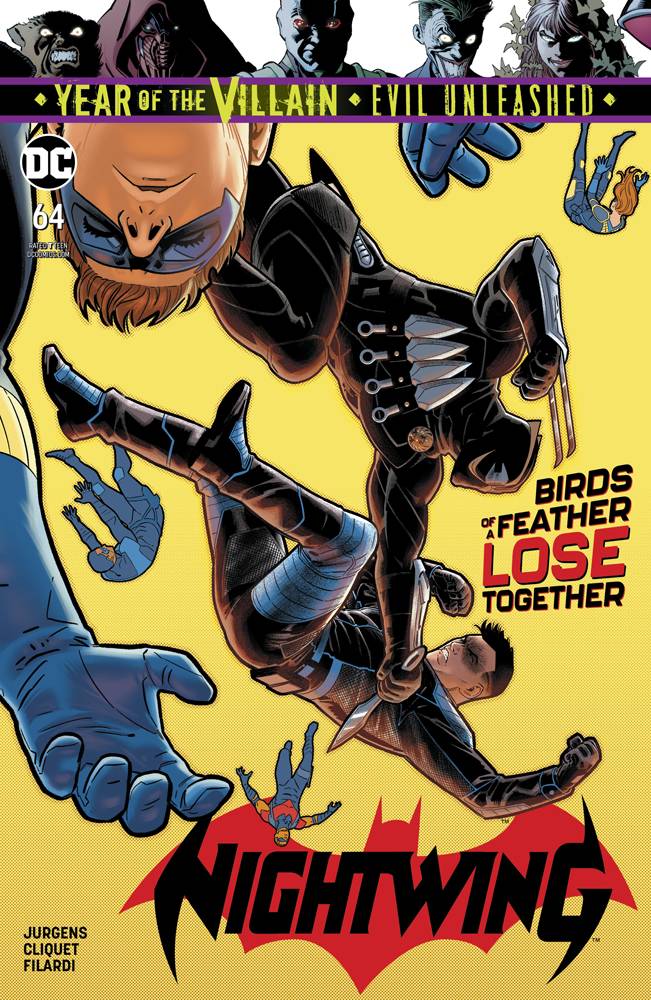 #
JUL190591
(W) Dan Jurgens (A) Ronan Cliquet (CA) Bruno Redondo
Blüdhaven explodes in violence as a riot erupts in the streets. Ric can't face this alone, so he'll have to enlist the support of the Nightwings. Meanwhile, Talon has taken Bea captive to lure Ric into his grasp and reintroduce him (for the first time, in Ric's memory) to the Court of Owls.
In Shops: Sep 18, 2019
SRP: $3.99
View All Items In This Series
ORDER SUBSCRIBE WISH LIST