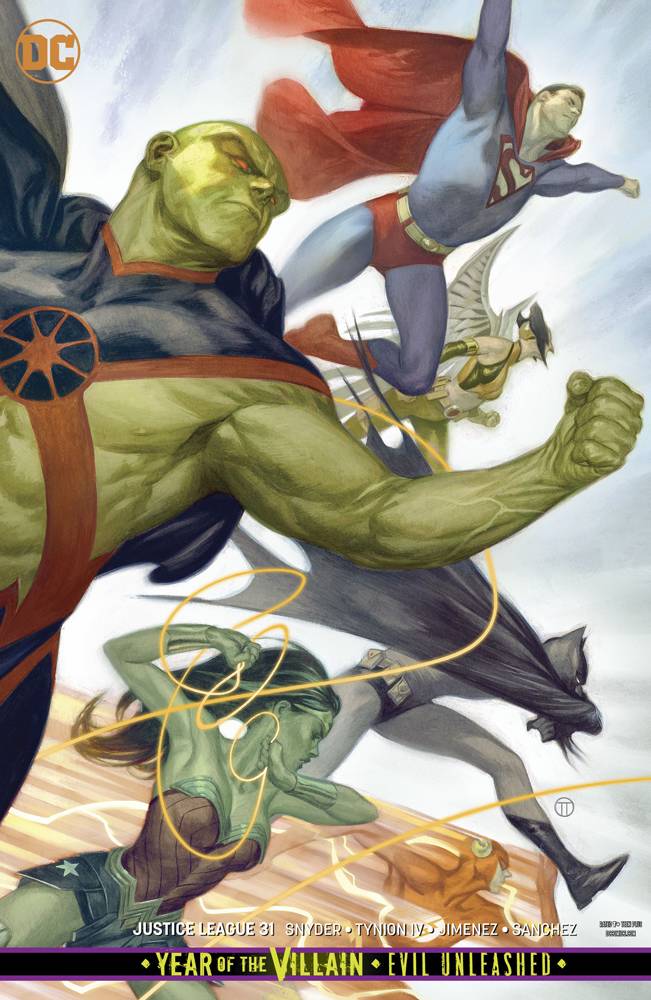 #
JUL190579
(W) Scott Snyder, James TynionIV (A) Jorge Jimenez (CA) Julian Totino Tedesco
"The Justice Doom War" part two! The culmination of Lex Luthor's plan hinges on his beating the Justice League to the prize, ratcheting up the peril as the Year of the Villain continues! The Totality has shattered and its pieces have been tossed across space and time. Thus, the Justice League must also split apart, forming three search teams to comb the past, present, and future to re-combine the Totality before the Legion of Doom can get its villainous hands on the cosmic weapon. What allies will our heroes find in these other timelines? In the future, it's the Last Boy on Earth, Kamandi! But in the past, there are the familiar faces of the Justice Society of America!
In Shops: Sep 04, 2019
SRP: $3.99
View All Items In This Series