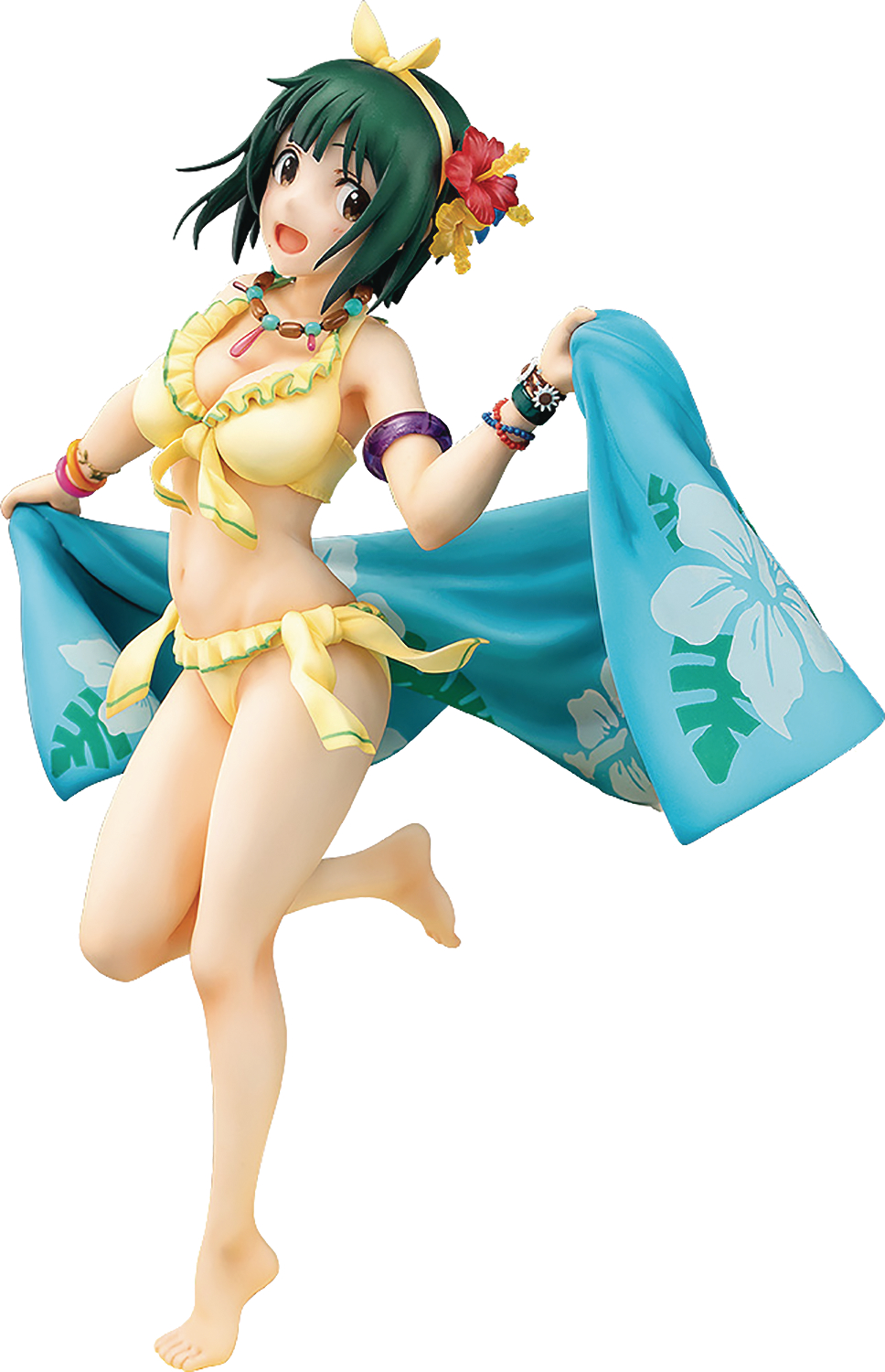 JUL188826
Fro Phat! Kotori Otonashi, secretary of 765 Productions! From the anime series The Idolm@ster comes a 1/8-scale figure of the secretary of 765 Productions, Kotori Otonashi! The pose is based on the illustration by director and character designer Atsushi Nishigori seen on the Blu-ray & DVD jacket of Shiny Festa! The figure faithfully captures Kotori as she appears to be enjoying her vacation in her swimsuit!  Previously released Haruka Amami (sold separately) was originally supposed to be the final figure in the series, but due to popular demand from producers around the world Phat! has added Kotori to the series!