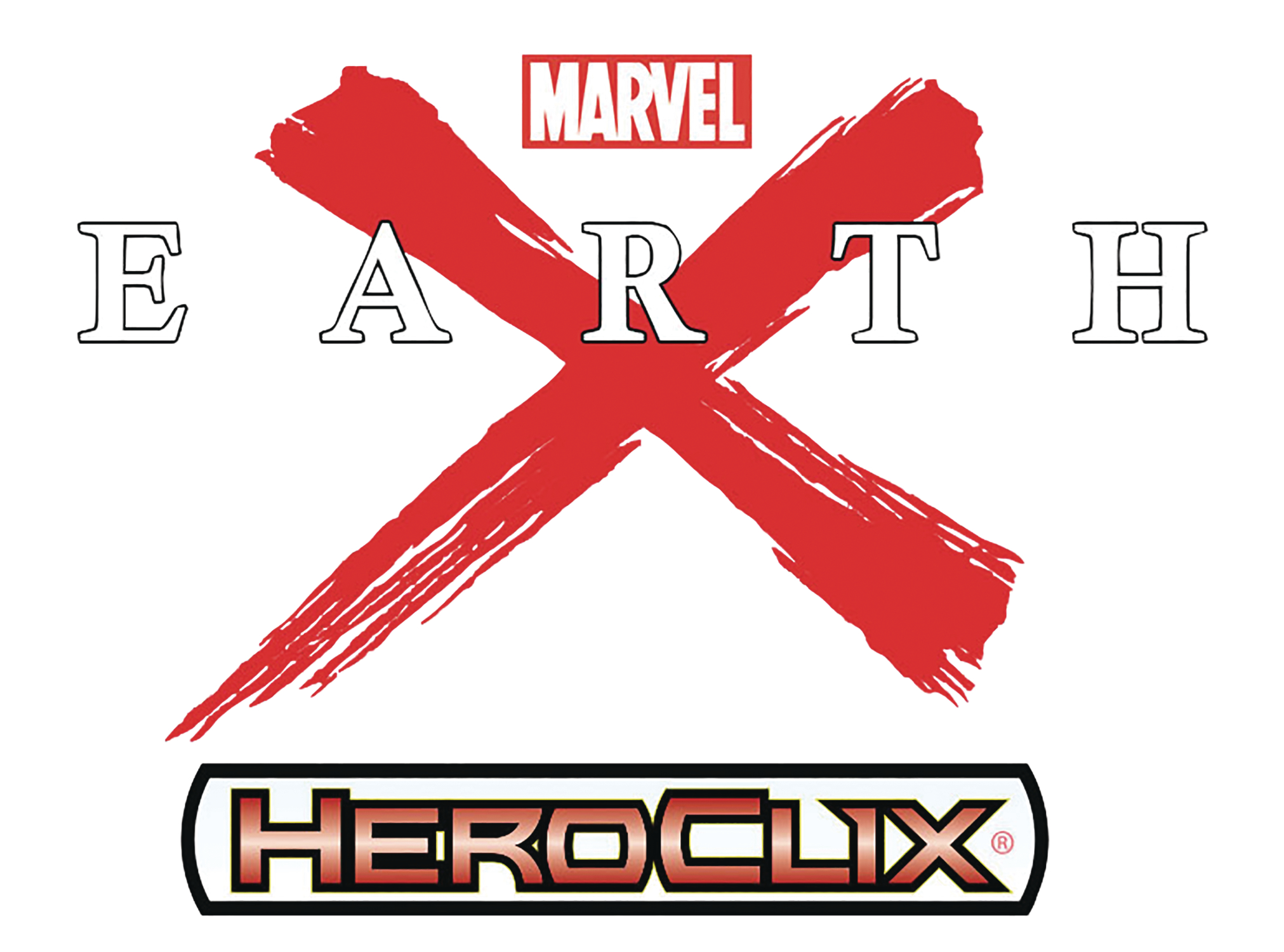 JUL188756
Earth X wasn't just a comic. It was a dystopian vision of the Marvel Universe where everyone had superpowers. It showed readers how their favorite heroes would cope with everyone having powers. This exciting interpretation of Inhumans, Asgardians, the Avengers, and other super-powered fan-favorites finally makes its way to the HeroClix tabletop with the classic Earth X aesthetic! Long-time HeroClix fans will be excited to see never-before-Clixed characters alongside the most recognizable characters, like Spiders-Man, Venom (May Parker), Fancy Dan, The Skull, King Britain, Stegron, Clea Sorcerer Supreme, Mattie Franklin, and Mister Negative! Much like when readers saw the Earth X comics for the first time were sure there are going to be some big surprises in the Marvel HeroClix: Earth X starter set and boosters!