BRITANNIA LOST EAGLES OF ROME #3 (OF 4) CVR A MACK 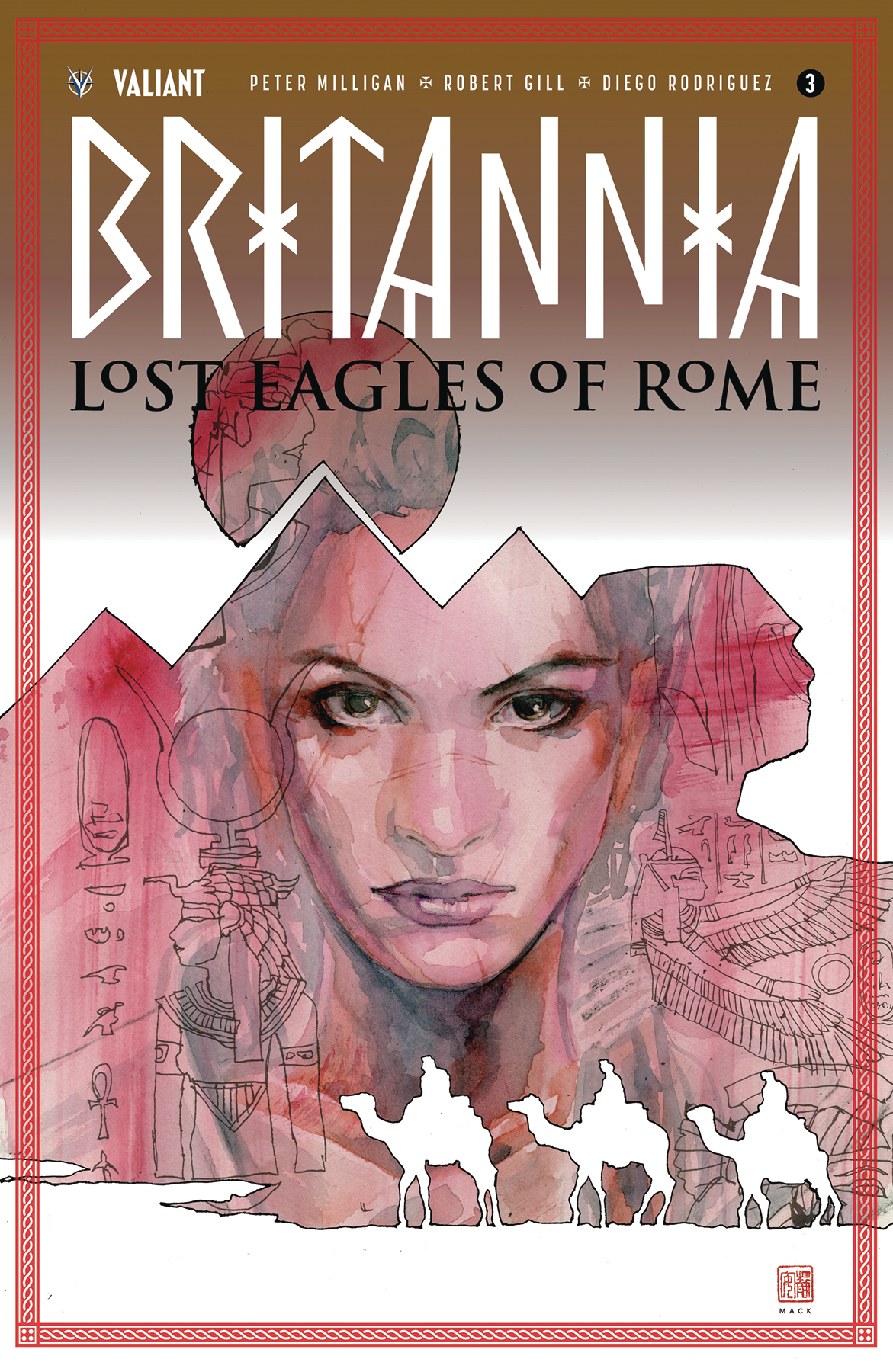 Antonius Axia has survived the wilds of Britain and witnessed the horrors of his own homeland... and now, the trail of Emperor Nero's stolen eagles relics has led him and gladiatrix Achillia to the newly annexed province of Egypt! But, those who once held power in the Fertile Crescent might not be so quick to welcome them... or any other nosy Romans, for that matter!