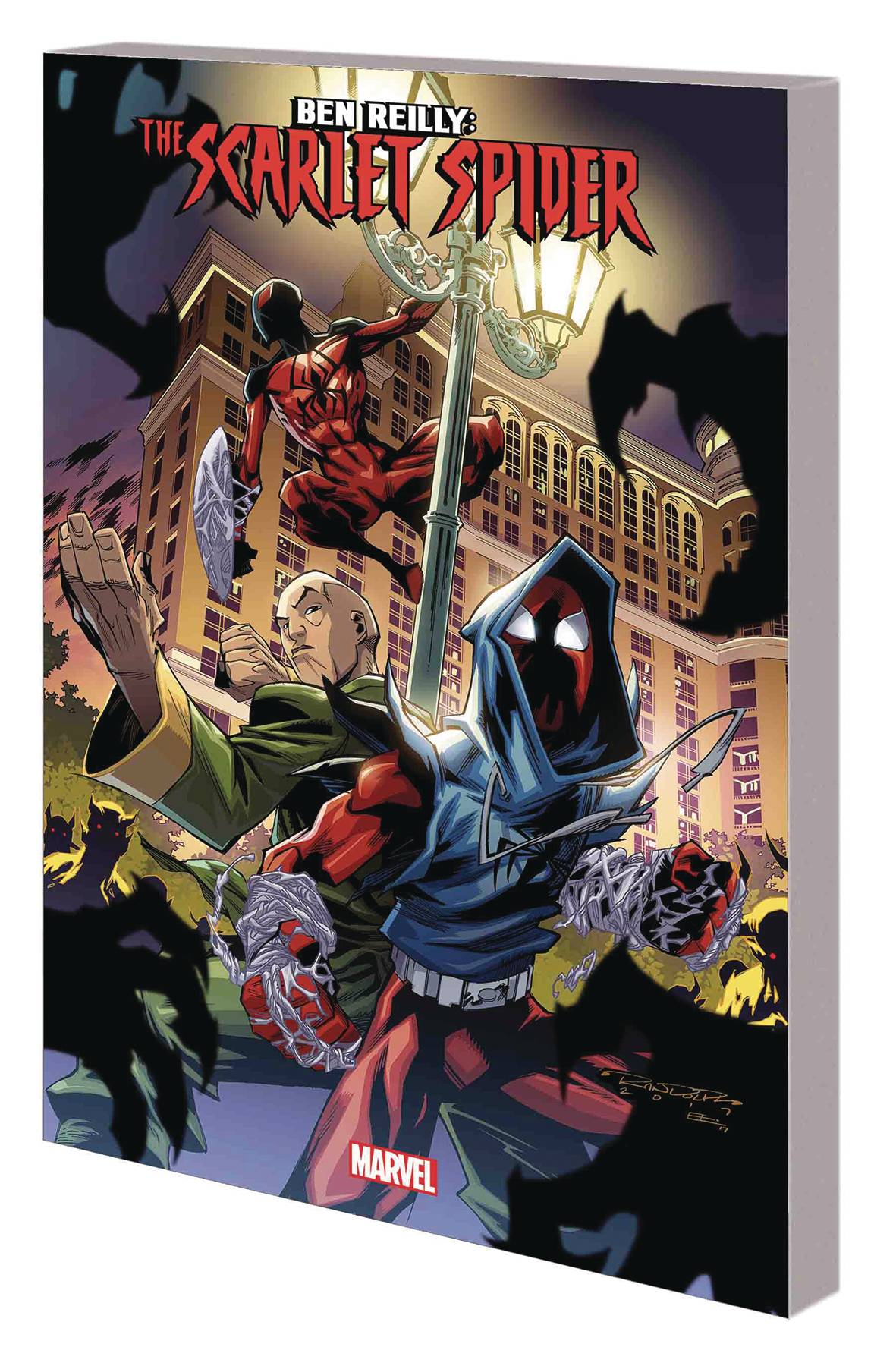 #
JUL181186
(W) Peter David (A) Will Sliney, Andre Araujo (CA) Khary Randolph
Ben Reilly faces DAMNATION! As the demonic Hotel Inferno towers above the ruined Las Vegas skyline, the Scarlet Spider allies with new friends and old enemies to battle the forces of Mephisto! Ben is the Spider-Man who can't die - the one who has slipped through Mephisto's grasp time and again. But now, the demon's obsession with the Parker clan may cost Ben more than his life! Will the King of Hell claim the soul of a certain wall-crawling, web-slinging friendly neighborhood spider-clone?! Plus: Mysterio swore he was on the straight and narrow, and Quentin Beck thought he was retired...until his daughter blew into town! Can the Scarlet Spider and the Slinger known as Dusk come between the magical Mysteria and her big score?! Collecting BEN REILLY: SCARLET SPIDER #15-19.
In Shops: Sep 26, 2018
SRP: $15.99
View All Items In This Series
ORDER SUBSCRIBE WISH LIST