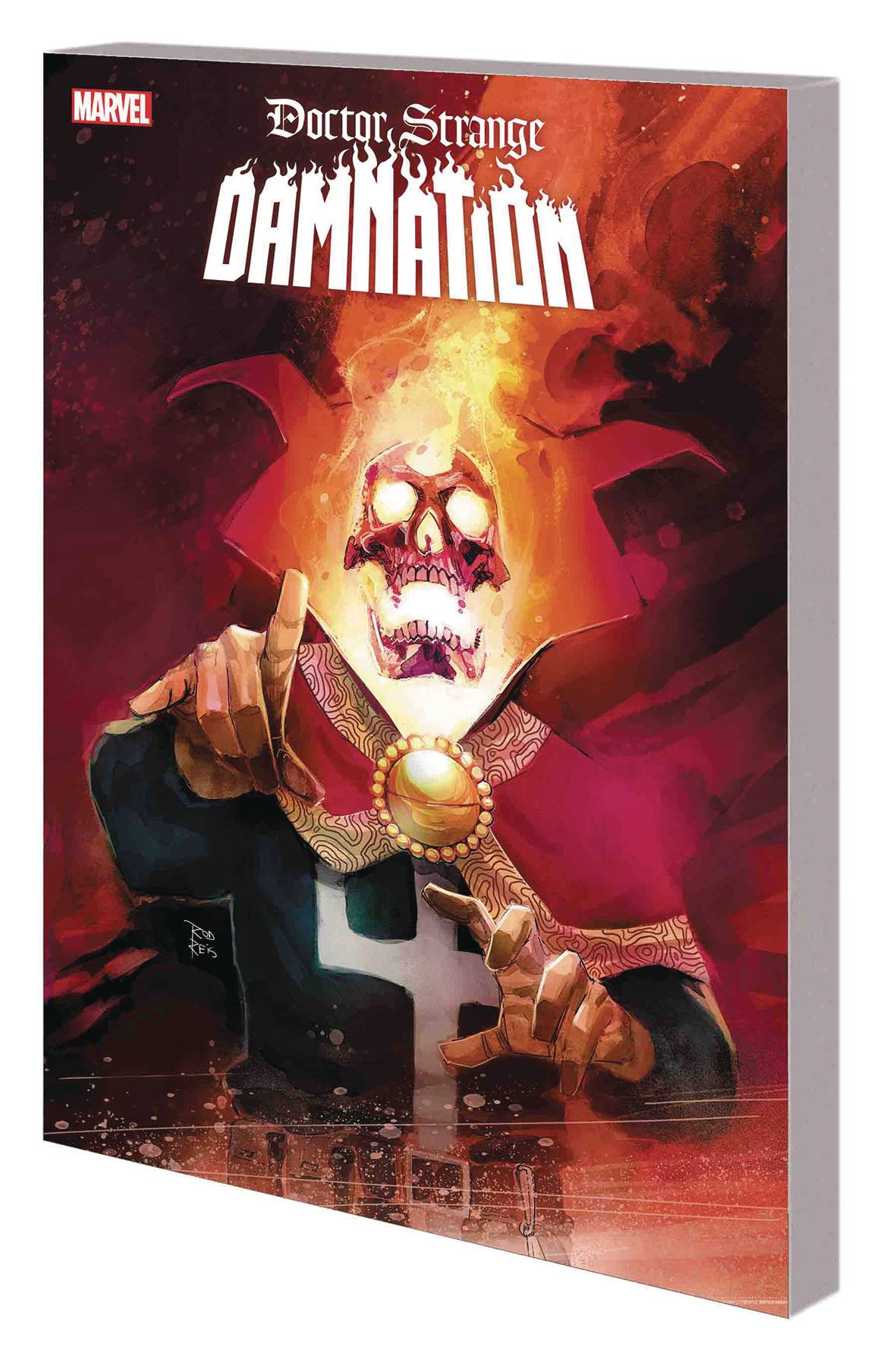 #
JUL181185
(W) Donny Cates, Nick Spencer (A) Szymon Kudranski (A/CA) Rod Reis
The City of Sin gets its biggest sinner yet. When Doctor Strange raises up Las Vegas from its destruction during SECRET EMPIRE, he inadvertently opens the door for the embodiment of evil: Mephisto! The devilish villain takes the city for himself and sets his sights on the rest of the world. It's going to take heroes from throughout the Marvel Universe to defeat Mephisto, but there's nothing simple about fighting the lord of Hell. Soon, Wong's makeshift band of Midnight Sons - Iron Fist, Blade, Moon Knight and Scarlet Spider - find themselves facing off against a whole platoon of Ghost Riders! But where does Johnny Blaze stand? Who escapes alive, who escapes undead and who doesn't escape at all? Collecting DOCTOR STRANGE: DAMNATION #1-4.
In Shops: Oct 17, 2018
SRP: $15.99