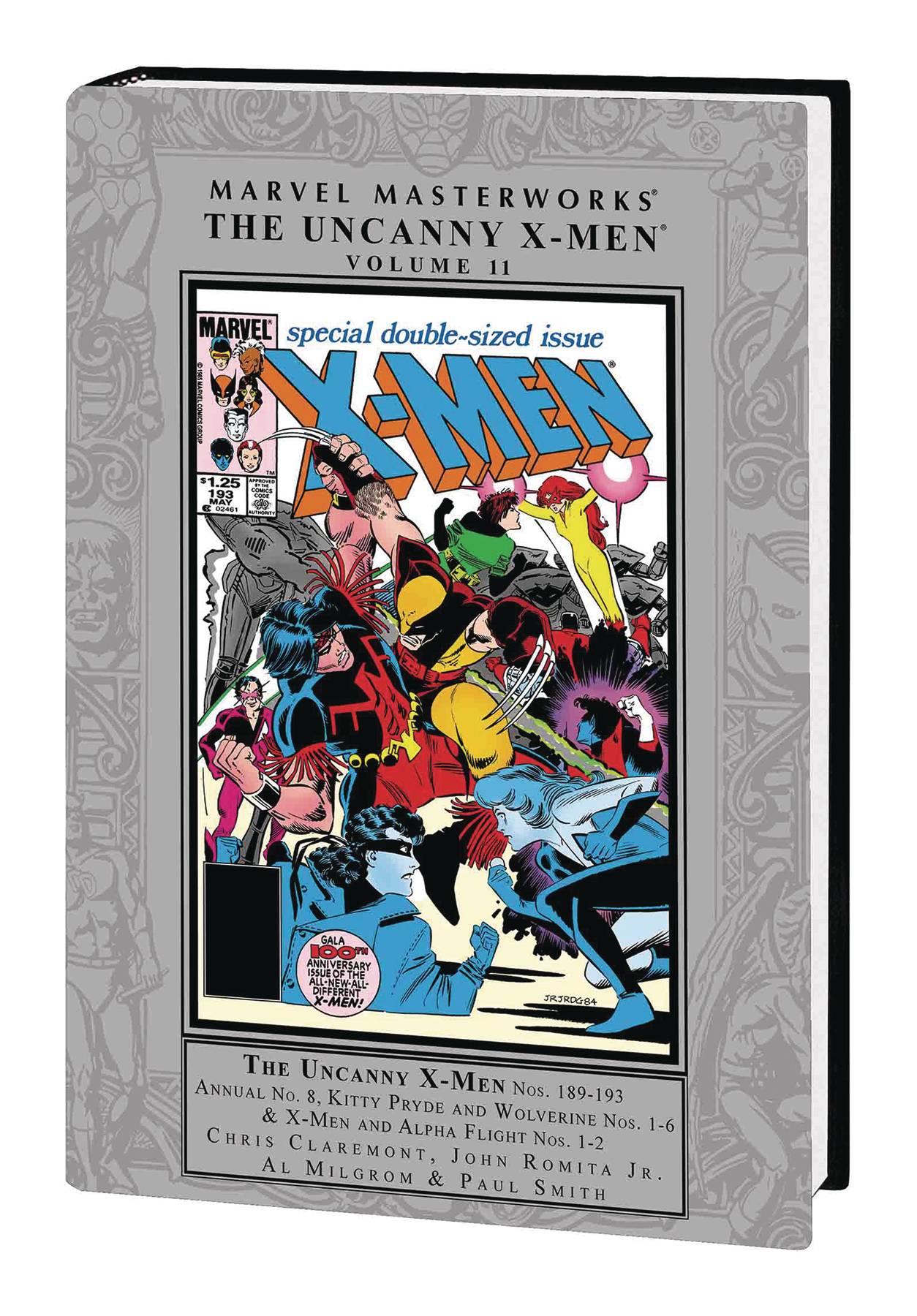 #
JUL181165
(W) Chris Claremont (A) Al Milgrom, More (A/CA) John Romita
Chris Claremont made the X-Men a global sensation and the Marvel Masterworks are once again proud to present his tales of honor, prejudice, evolution and perseverance. It begins with Wolverine's return to Japan, where the young Kitty Pryde has found herself in over her head with the yakuza. It's an adventure that will change both characters forever! Meanwhile in America, the X-Men face the Hellfire Club and Kulan Gath turns all of Manhattan - and all Marvel's heroes - into a barbarian horde. Then, in the All-New, All-Different X-Men 100th issue, a ghost from the team's past confronts them on one of their most devastating moments. Finally, fan-favorite Paul Smith returns for a story with massive implications for the X-Men's future. Collecting UNCANNY X-MEN (1981) #189-193, X-MEN ANNUAL (1970) #8, X-MEN AND ALPHA FLIGHT (1985) #1-2 and KITTY PRYDE AND WOLVERINE #1-6.
Rated T
In Shops: Jan 16, 2019
SRP: $100.00
View All Items In This Series