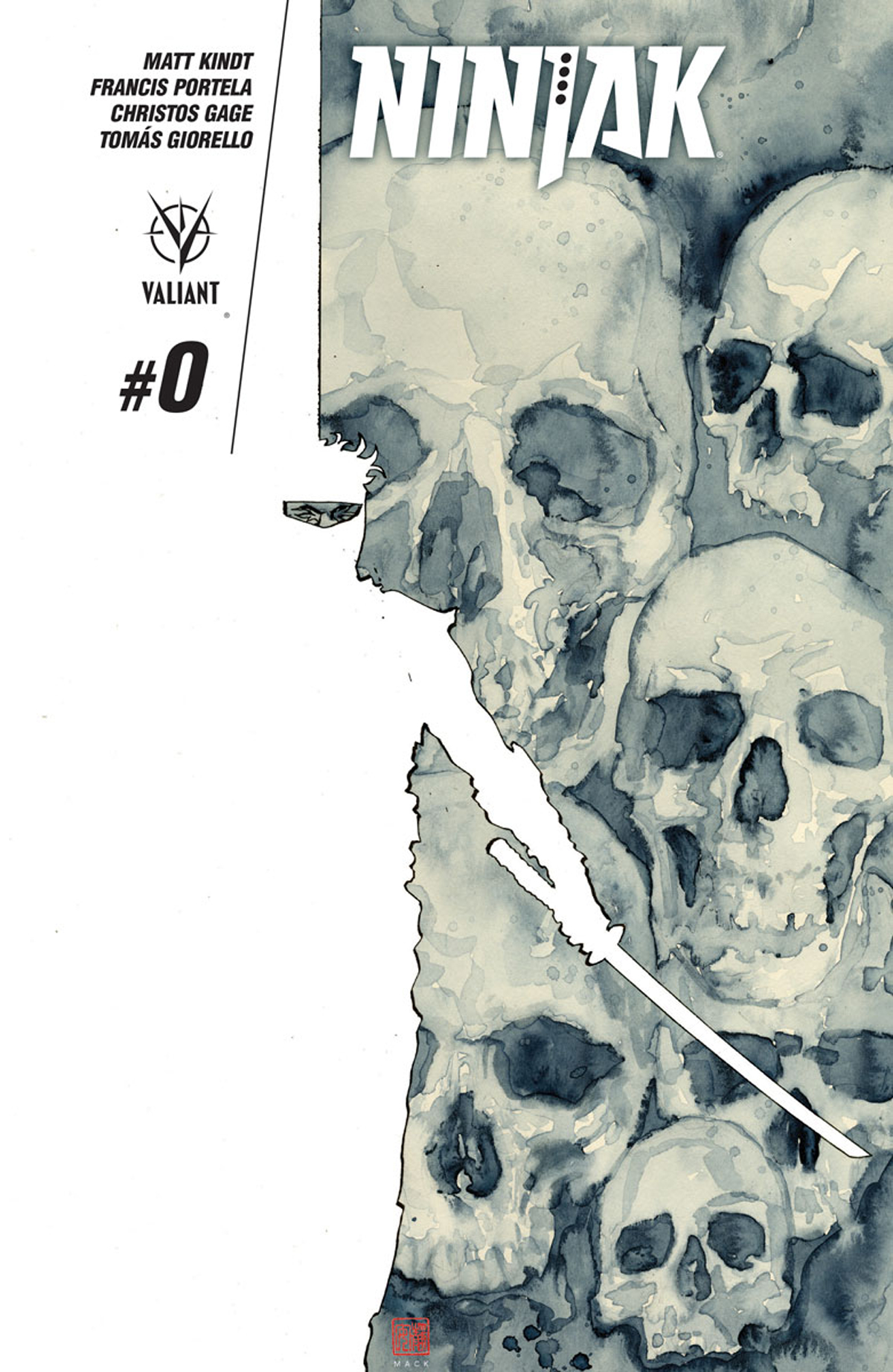 JUL172260
(W) Matt Kindt, Christos Gage (A) Francis Portla, Tomas Giorello, Roberto De La Torre, Khari Evans, Juan Jose Ryp, Sija Hong, Mj Kim (CA) David Mack
AN ALL-NEW JUMPING-ON POINT! AN EXPLOSIVE 40-PAGE MILESTONE! Ninjak's past and future - in the crosshairs!  Behind the years of training... Underneath the high-tech gadgetry... MI-6's most experienced operative is still flesh and blood. So just how is a mortal man like Colin King able to survive in a world filled with telekinetic psiots, eternal warriors, and sentient suits of alien armor? The key to Ninjak's survival is buried deep in the past...and today, the world's most dreaded super-spy prepares to reveal his most closely guarded secrets!
FIRST: Superstar writer Matt Kindt concludes his masterful, record-setting run alongside fan-favorite artist Francis Portela (FAITH) will an essential and revelatory tale of Ninjak's deadly beginnings! THEN: The gauntlet is passed to acclaimed writer Christos Gage (Netflix's Daredevil) and blockbuster artist Tomas Giorello (X-O MANOWAR) as they prepare a startling introduction to Colin King's next mission with a shocking prelude to NINJA-K #1, a riveting new ongoing series beginning in November!