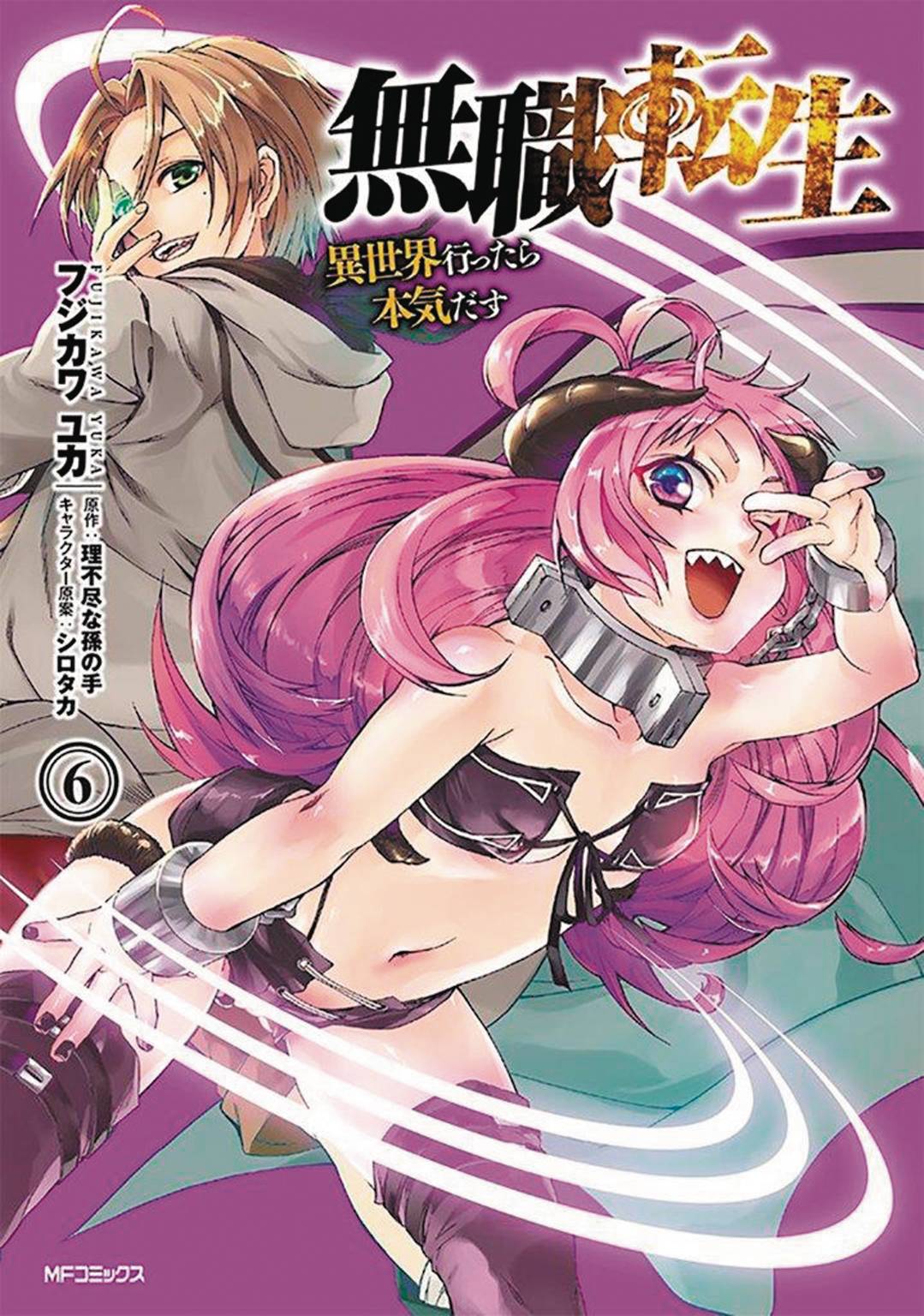 #
JUL172101
(W) Rifujin na Magonote (A/CA) Yuka Fujikawa
An unemployed otaku has just reached the lowest point in his life. He wants nothing more than the ability to start over, but just as he thinks it may be possible... he gets hit by a truck and dies! Shockingly, he finds himself reborn into an infant's body in a strange new world of swords and magic. His identity now is Rudeus Greyrat, yet he still retains the memories of his previous life. Reborn into a new family, Rudeus makes use of his past experiences to forge ahead in this fantasy world as a true prodigy - gifted with maturity beyond his years and a natural born talent for magic. With swords instead of chopsticks, and spell books instead of the internet, can Rudeus redeem himself in this wondrous yet dangerous land?
In Shops: Oct 18, 2017
SRP: $12.99
View All Items In This Series
ORDER SUBSCRIBE WISH LIST