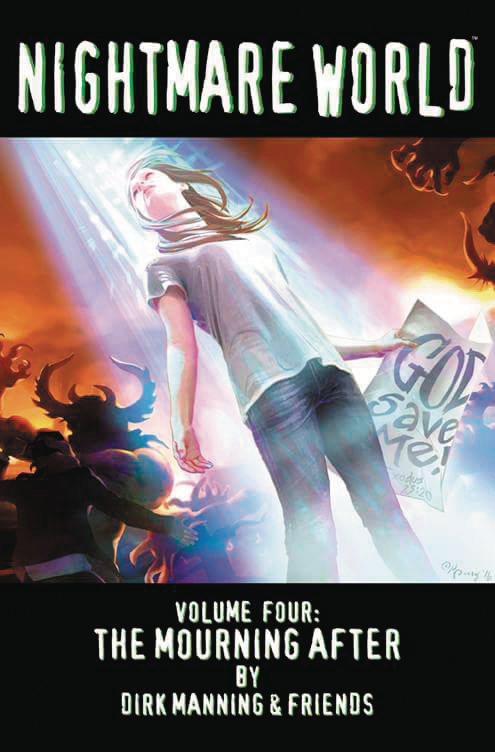 JUL171828
(W) Dirk Manning (A) Seth Damoose, Dan Dougherty, Josh Ross, Various (CA) Kristen Perry
Lucifer was successful in his grand plan to kickstart the second war with Heaven and seize control of all creation... but does he truly know all the players involved, or how their involvement will affect everyone left behind? These thirteen terrifying tales - ranging from Shakespeare to spirits, Kaiju to Cthulhu, and angels to aliens - result in the shocking revelations linking all the Nightmare World stories into one massive epic, solidifying its place as the most ambitious horror anthology of a generation.
In Shops: Oct 18, 2017
SRP: $16.99
View All Items In This Series