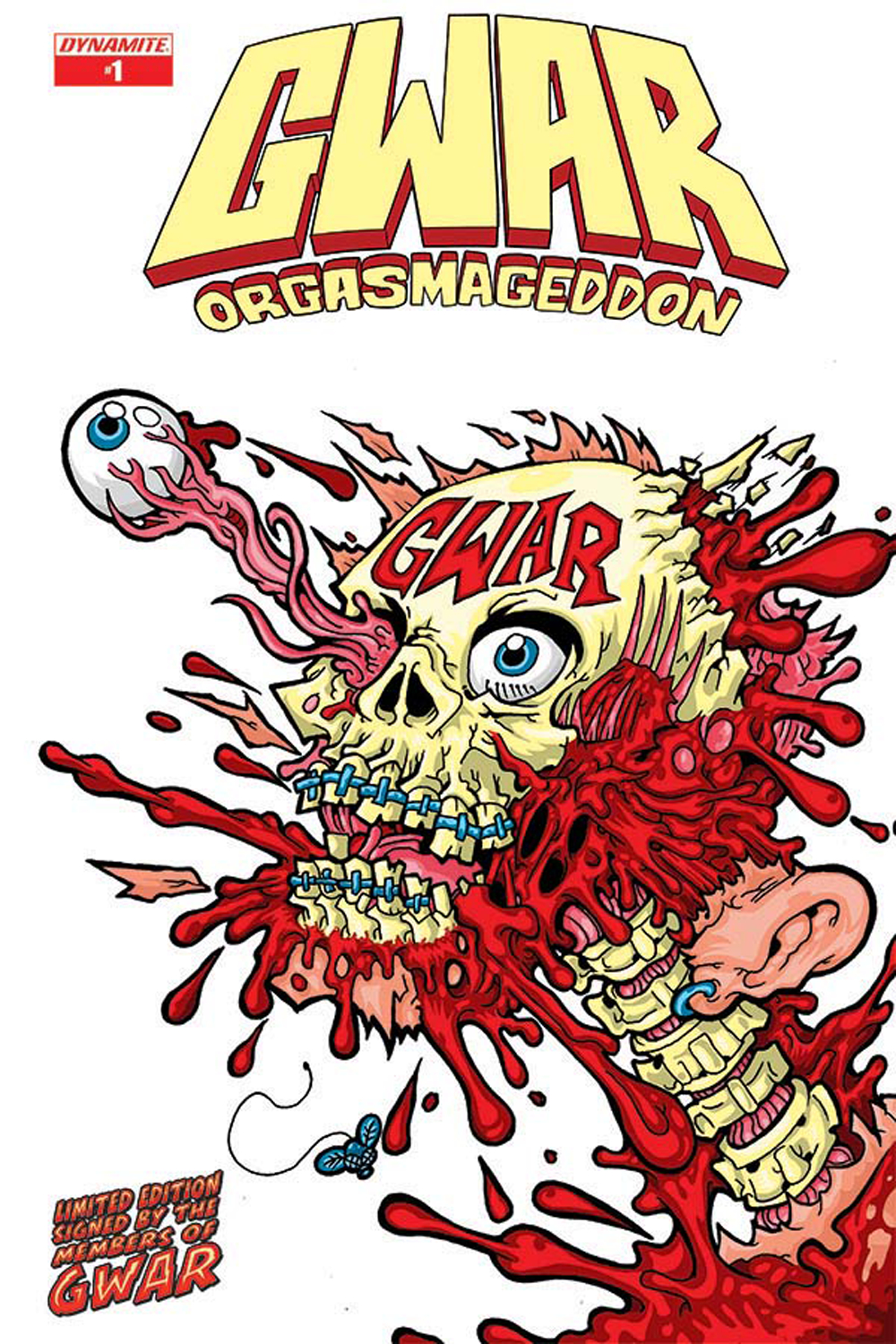 JUL171767
(W) Matt Maguire, Matt Miner (A/CA) Jonathan Brandon Sawyer
Do you want to have a comic book signed by the Scumdogs of the Universe?! Well here is your chance! The members of Gwar took time out of terrorizing their tour schedule to bring you this signed edition of Gwar #1! From the depths of outer space to the frozen wasteland of Antarctica, punk rock and heavy metal's most shocking and blasphemous band of intergalactic blood spewing alien monsters has returned to kill everything and respect nothing in the pages of GWAR: Orgasmageddon!  Banished to the past by the cold and calculating Mr. Perfect, the heroes of GWAR trample through time like a deranged Bill and Ted on bath salts - antics ensue as they stomp and smash and shape human history to what we accept as our current reality.  Co-written by GWAR themselves and Matt Miner (Toe Tag Riot, Critical Hit), GWAR: Orgasmageddon is a love letter to comics, grindhouse movies, and heavy metal - sure to appeal to the most die-hard fan and the comics fanboy/fangirl intrigued by the prospect of social awareness drowned in geysers of blood and alien goo.