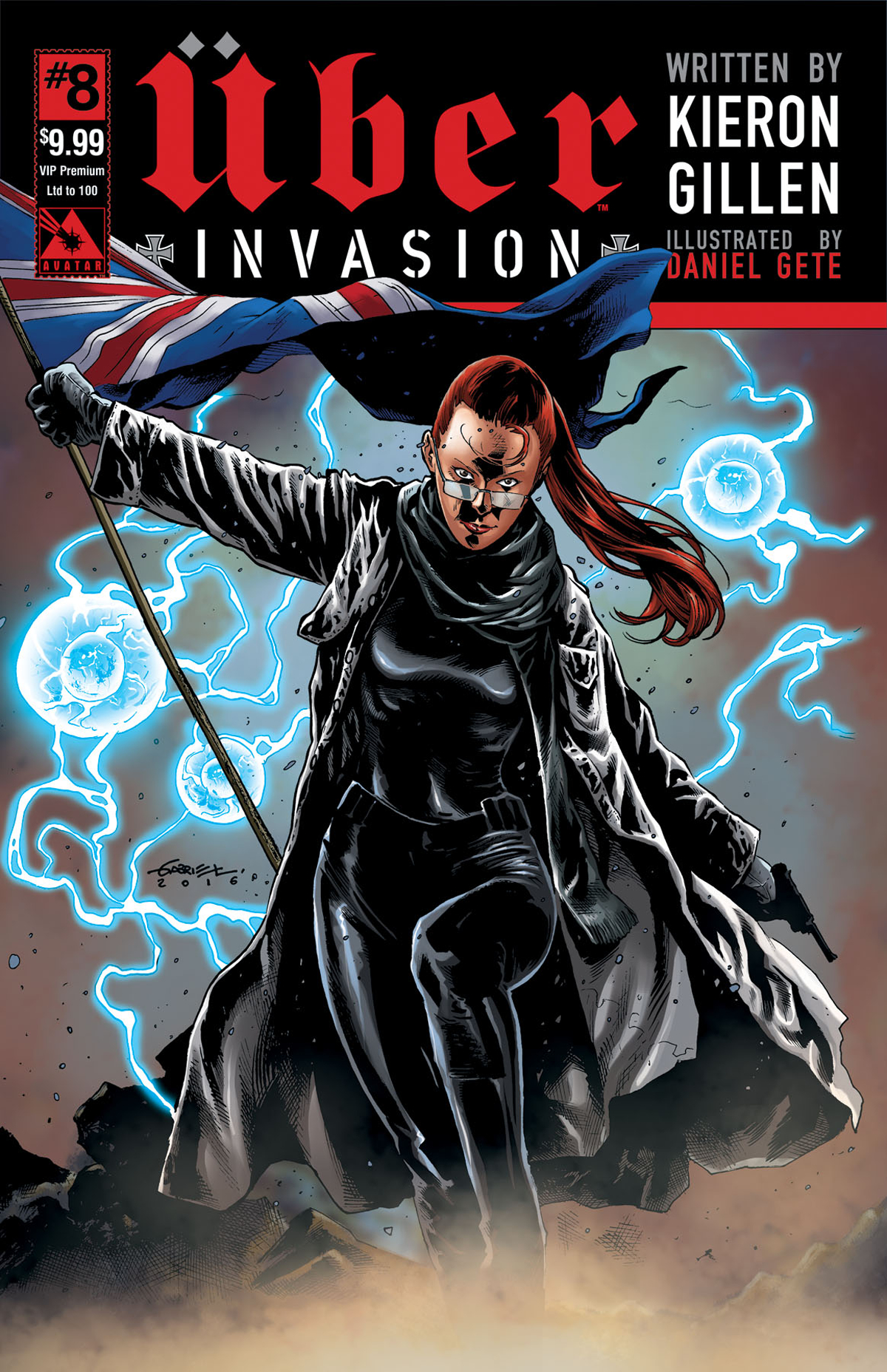 JUL171438
(W) Kieron Gillen (A) Daniel Gete (CA) Gabriel Andrade
Patton is on the offensive!  Uber-powered and ready to stick it to the Hun, the general is tired of sitting on the sidelines and launches a crafty attack from Italy.  Meanwhile, the Americans have two fronts now, with San Diego in ruins as well as the East Coast burning.  Available with Regular, Wraparound, War Crimes, Propaganda and Blitzkrieg covers by series artist Daniel Gete and a limited VIP Premium cover by Gabriel Andrade that is limited to 500 copies!
In Shops: Sep 06, 2017
SRP: $9.99
View All Items In This Series
ORDER WISH LIST