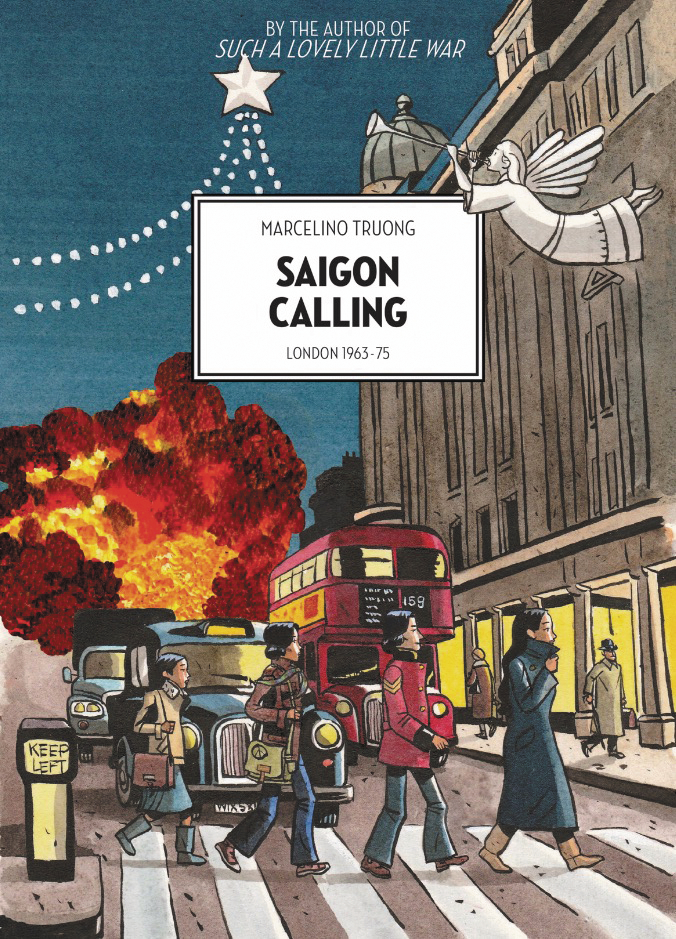 JUL171416
(W) Marcelino Truong, David Homel (A/CA) Marcelino Truong
In the sequel to Marcelino Truong's graphic memoir, Such a Lovely Little War, young Marcelino and his family move from Saigon to London in order to escape the war following the assassination of South Vietnamese President Diem, for whom Marcelino's diplomat father was a personal interpreter. In London, his father struggles to build a new life for his children and his wife, while for Marco swinging London is an exciting place to be. At the same time, the news from their grandparents in Vietnam grows ever grimmer as the war intensifies and American involvement becomes increasingly muddied. Young Marcelino finds himself torn between embracing the peace-loving anti-war demonstrators and the strong, sentimental bond he feels toward a wounded Vietnam.
In Shops: Sep 13, 2017
SRP: $26.95
ORDER WISH LIST