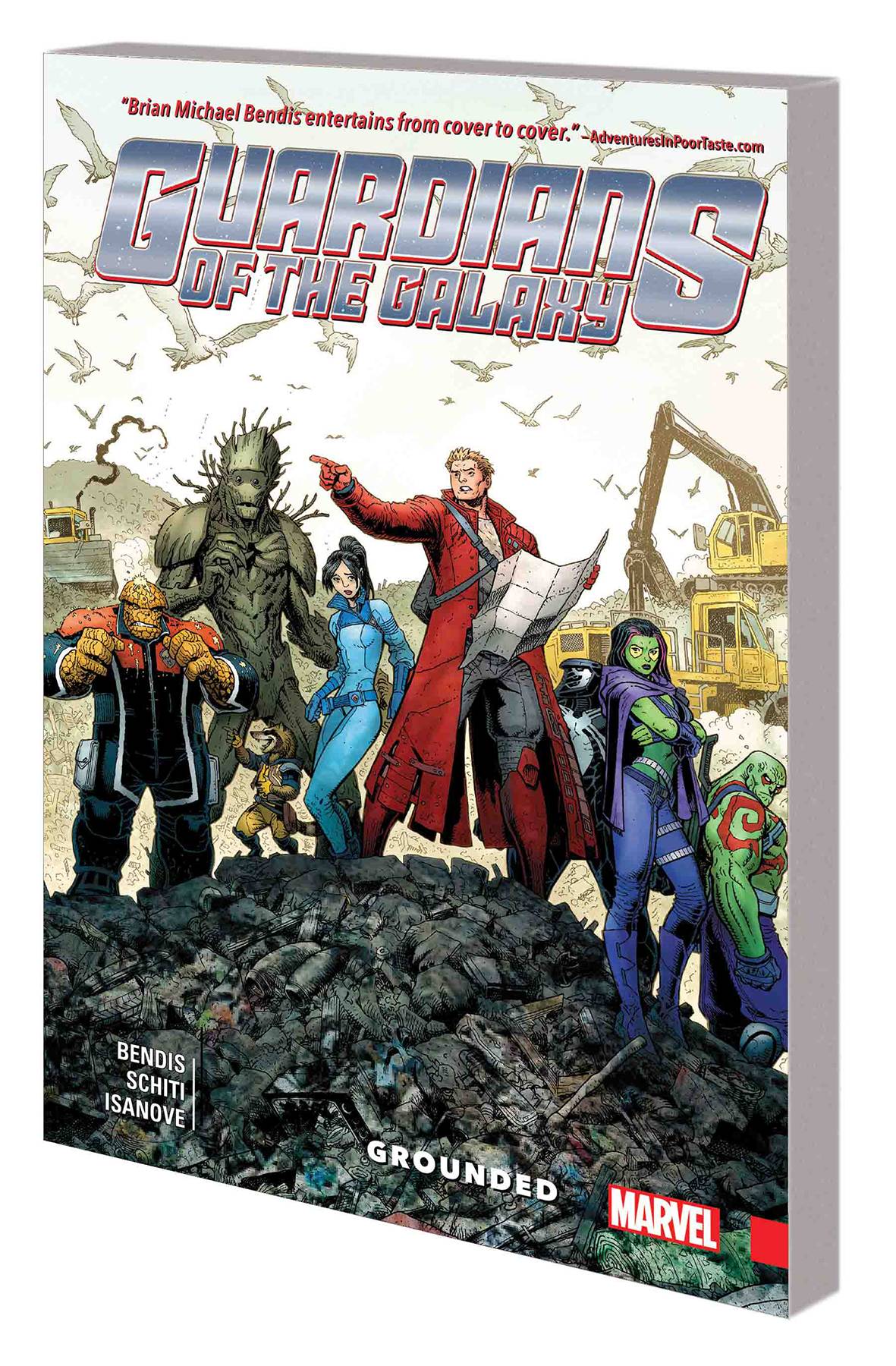 #
JUL171221
(W) Brian Michael Bendis (A) Valerio Schiti, Various (CA) Arthur Adams
The Guardians of the Galaxy have been grounded! The spacefaring super heroes are stuck, of all places, on Earth. And to make matters worse, they're also not necessarily a team anymore. What's an urban spaceman like Peter Quill to do? As Groot explores the world's forests, can Angela of Heven find a place among the heroes of Midgard? Meanwhile, the most dangerous woman in the galaxy becomes S.H.I.E.L.D.'s deadliest target - but Gamora won't be stopped until she kills Thanos! And speaking of ol' purple-puss, with the team scattered to the winds, could the Mad Titan be the only thing that could bring the band back together? Brian Michael Bendis concludes his Guardians era with a blockbuster finish! Collecting GUARDIANS OF THE GALAXY (2015) #15-19.
Rated T
In Shops: Oct 18, 2017
SRP: $19.99
View All Items In This Series