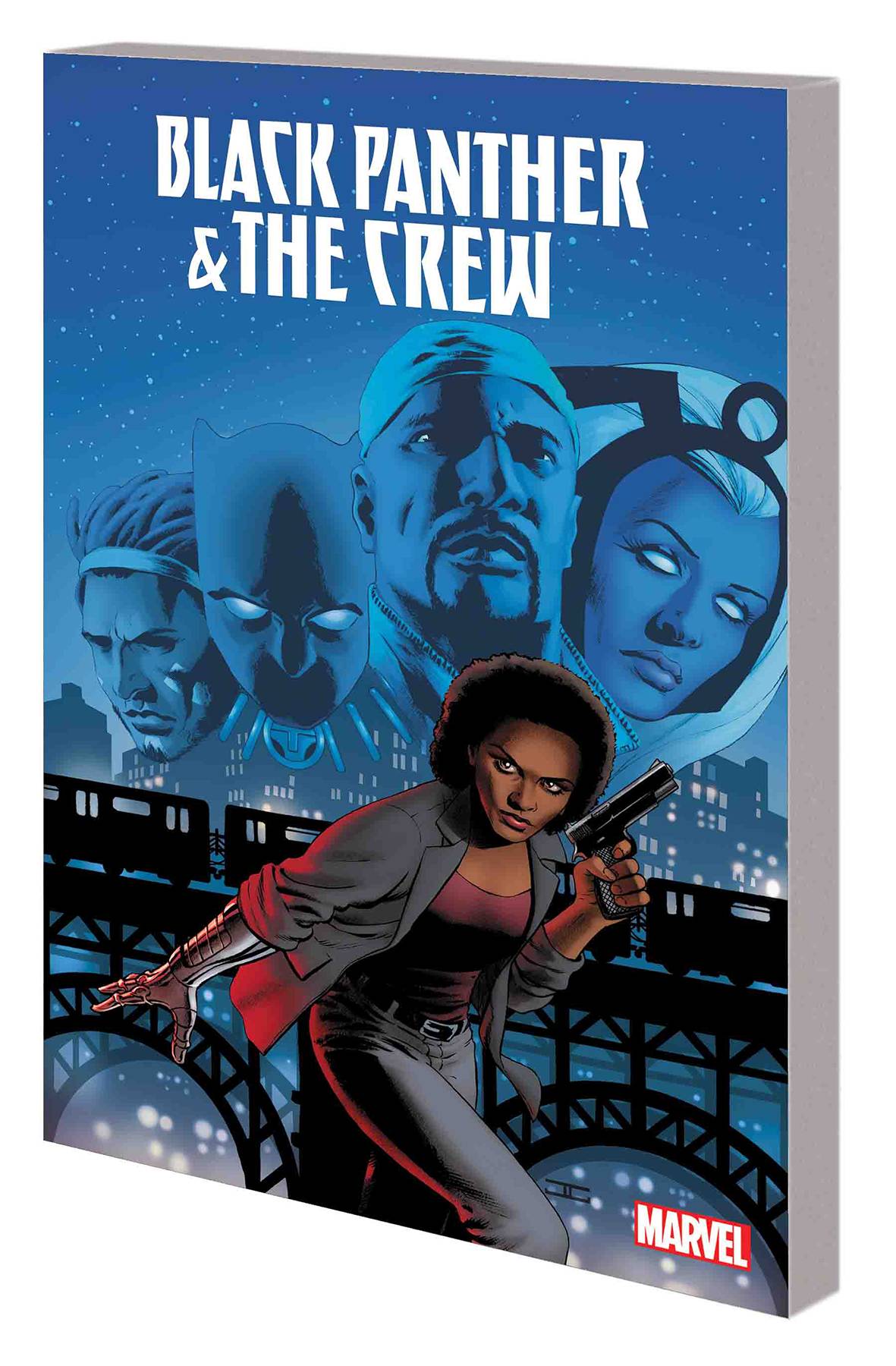 #
JUL171212
(W) Ta-Nehisi Coates, Yona Harvey (A) Butch Guice, Mack Chater (CA) John Cassidy
Black Panther, Storm, Luke Cage, Misty Knight and Manifold band together to take on a dangerous wave of street-level threats! The death of a Harlem activist kicks off a mystery that will reveal surprising new secrets about the Marvel Universe's past - and set the stage for a huge story in the near future! Misty and Storm discover that the neighborhood is under siege from something worse than they'd imagined; when the Panther gets involved, it becomes clear that what is happening in Harlem is not new - it stretches back decades. Luke Cage takes action his way, and the teleporting Avenger known as Manifold joins the fold as the group searches for answers. Fear, hate and violence loom - but don't worry, the Crew's got this: They are the streets. Collecting BLACK PANTHER AND THE CREW #1-6.
Rated T+
In Shops: Oct 18, 2017
SRP: $17.99