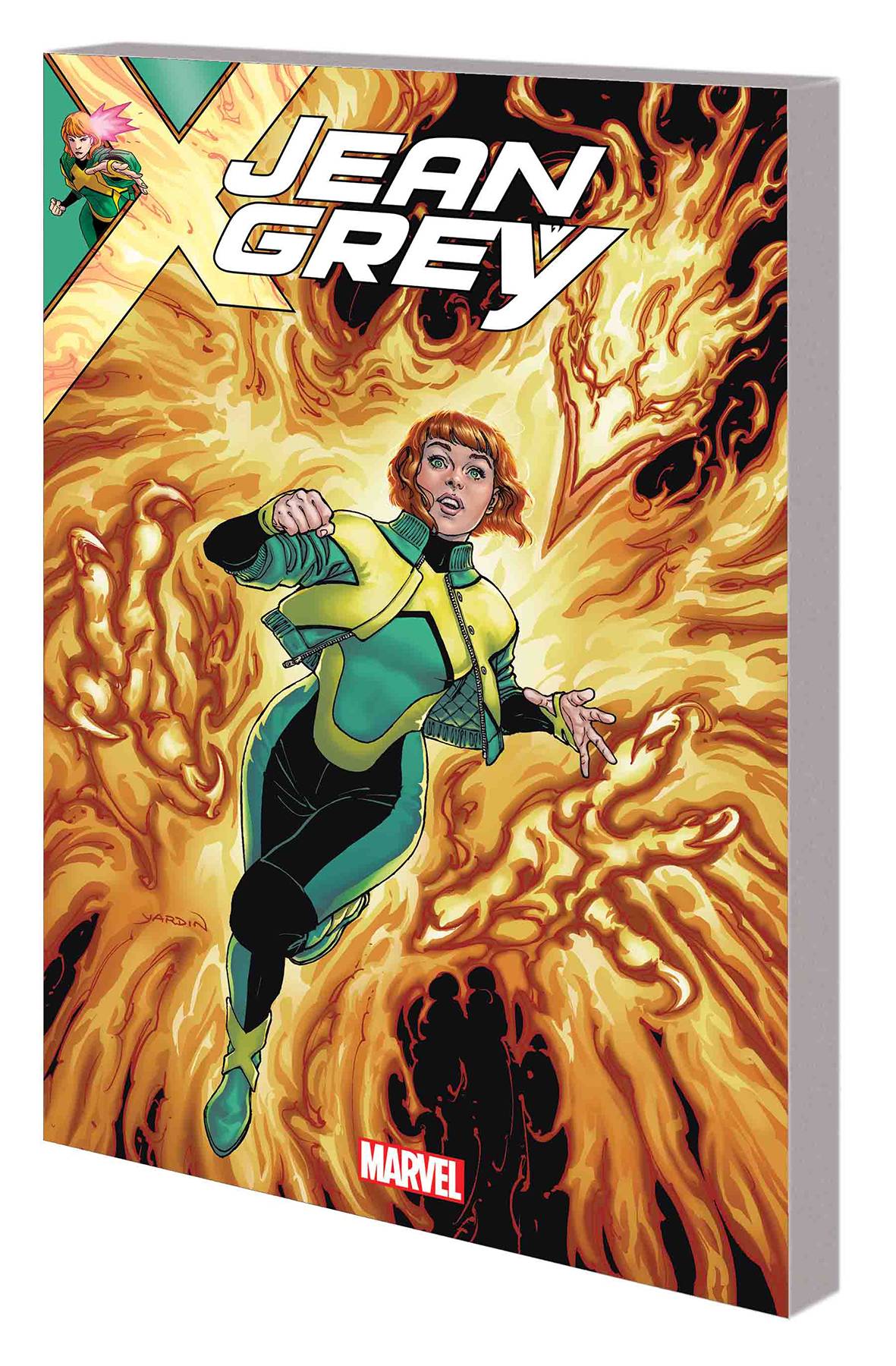 #
JUL171210
(W) Dennis Hopeless (A) Victor Ibanez, Harvey Tolibao, Anthony Piper (CA) David Yardin
When the teenage Marvel Girl traveled through time and arrived in the present, she learned the terrible fate that befell her adult counterpart. Possessed by a cosmic entity called the Phoenix, that Jean Grey was trapped in an endless cycle of life and death. Now, determined to escape that future, young Jean sets out to write her own destiny. But when she has a premonition that the Phoenix is coming for her, she'll have to fight tooth and nail not to become its next victim! Jean enlists the help of some of its previous hosts - but will the ultimate brain trust of Rachel Grey, Quentin Quire, Hope Summers, and Peter and Illyana Rasputin have the answers she's searching for? Or will Jean have to cast her net wider across the Marvel Universe - to include Namor, Odinson, Psylocke and Doctor Strange? Collecting JEAN GREY #1-6
Rated T+
In Shops: Oct 18, 2017
SRP: $17.99
View All Items In This Series