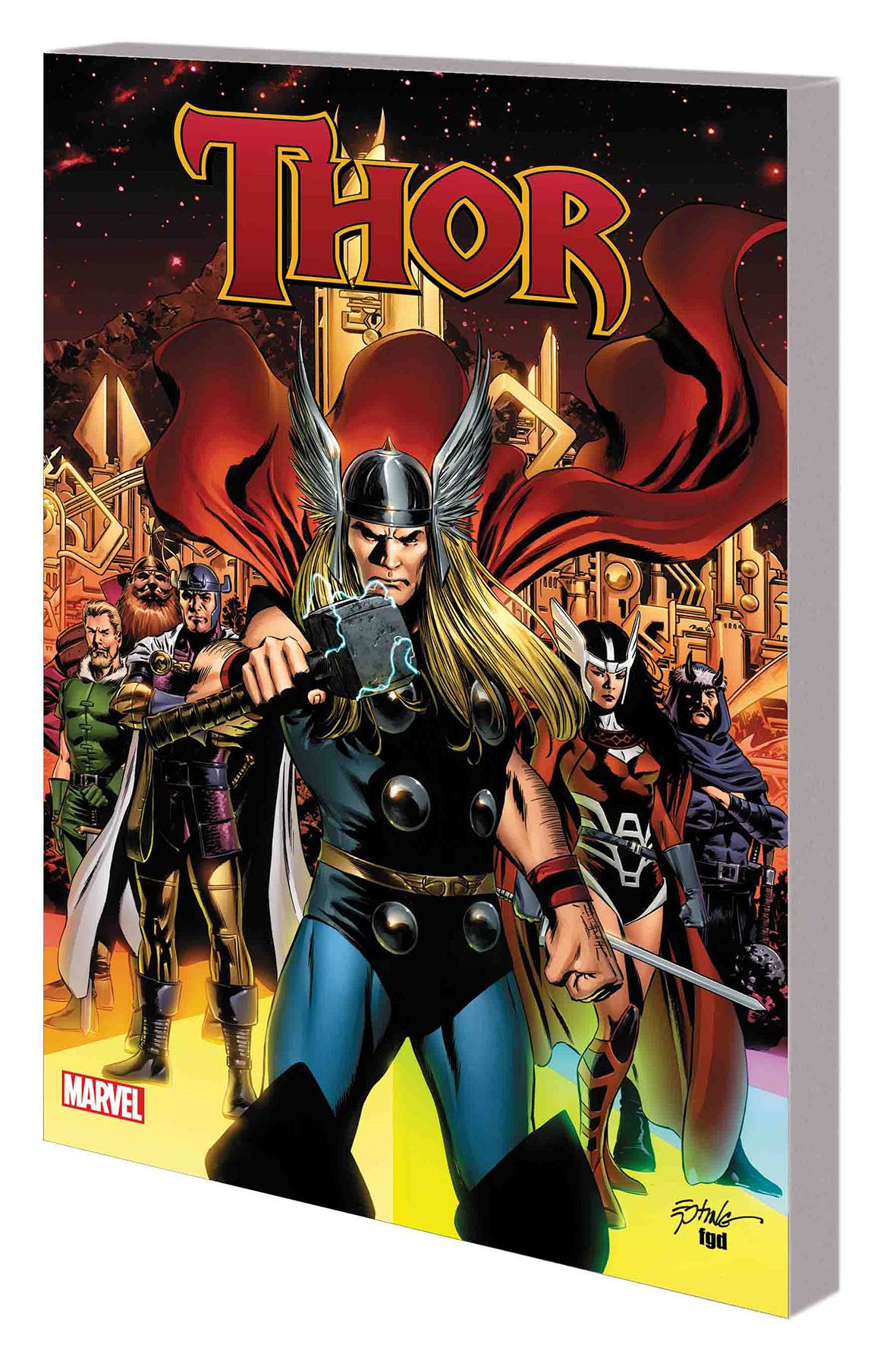 #
JUL171203
(W) Michael Avon Oeming, Daniel Berman (A) Scott Kolins, Andrea DiVito (CA) Steve Epting
Three Asgardian epics in one legendary volume! In a tale from Asgard's glory days, Thor stands beside his brothers-in-arms when the Warriors Three stand trial for murder - and ties himself to their fate! Years later, the end is nigh for the gods - and only Thor, Captain America and Iron Man can stave off Ragnarok, the end of all things! But will the Odinson be Asgard's savior, or the architect of its downfall? And will noble alien warrior Beta Ray Bill escape the end of one world only to face his own when he encounters a creature who turns his enemies to dust to fuel the stars? Can he save his people from cosmic immolation? Collecting THOR: BLOOD OATH #1-6, THOR (1998) #80-85 and STORMBREAKER: THE SAGA OF BETA RAY BILL #1-6.
Rated T+
In Shops: Oct 18, 2017
SRP: $34.99