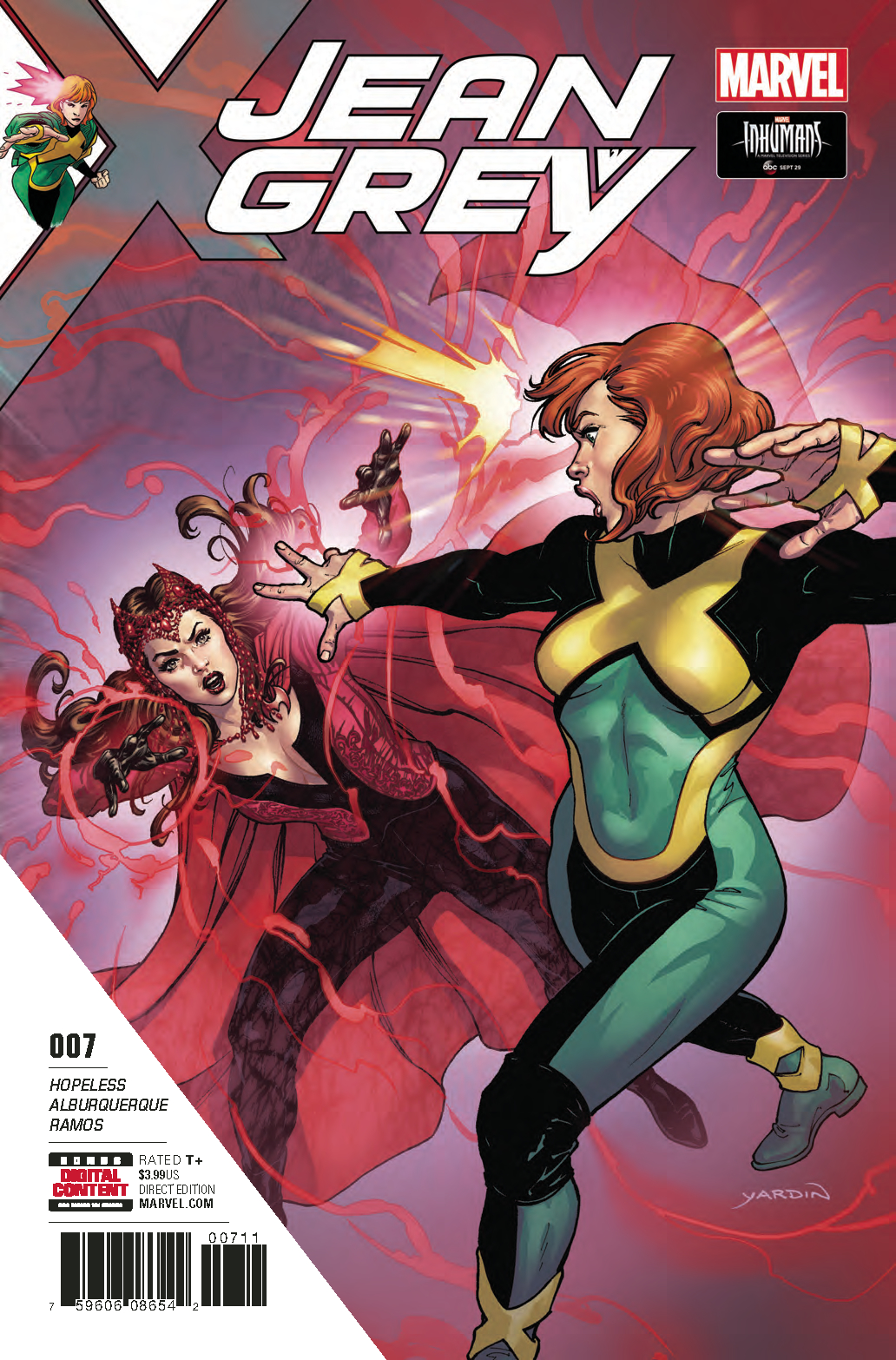 JUL171154
(W) Dennis Hopeless (A) Alberto Jimenez, Alberto Jimenez Alburquerque (CA) David Yardin
• Traveling the Marvel Universe preparing herself for her inevitable encounter with the Phoenix force, JEAN GREY has learned how to fight from the likes of Namor, Thor and Psylocke.
•  But now she wants to know more about her opponent than the best way to punch it. She wants to know what makes it tick. She wants to know what it's made of.
•  And to learn that, she'll go to one of the few women who've harnessed its power: Wanda Maximoff, THE SCARLET WITCH!
Rated T+
In Shops: Sep 20, 2017
SRP: $3.99
View All Items In This Series