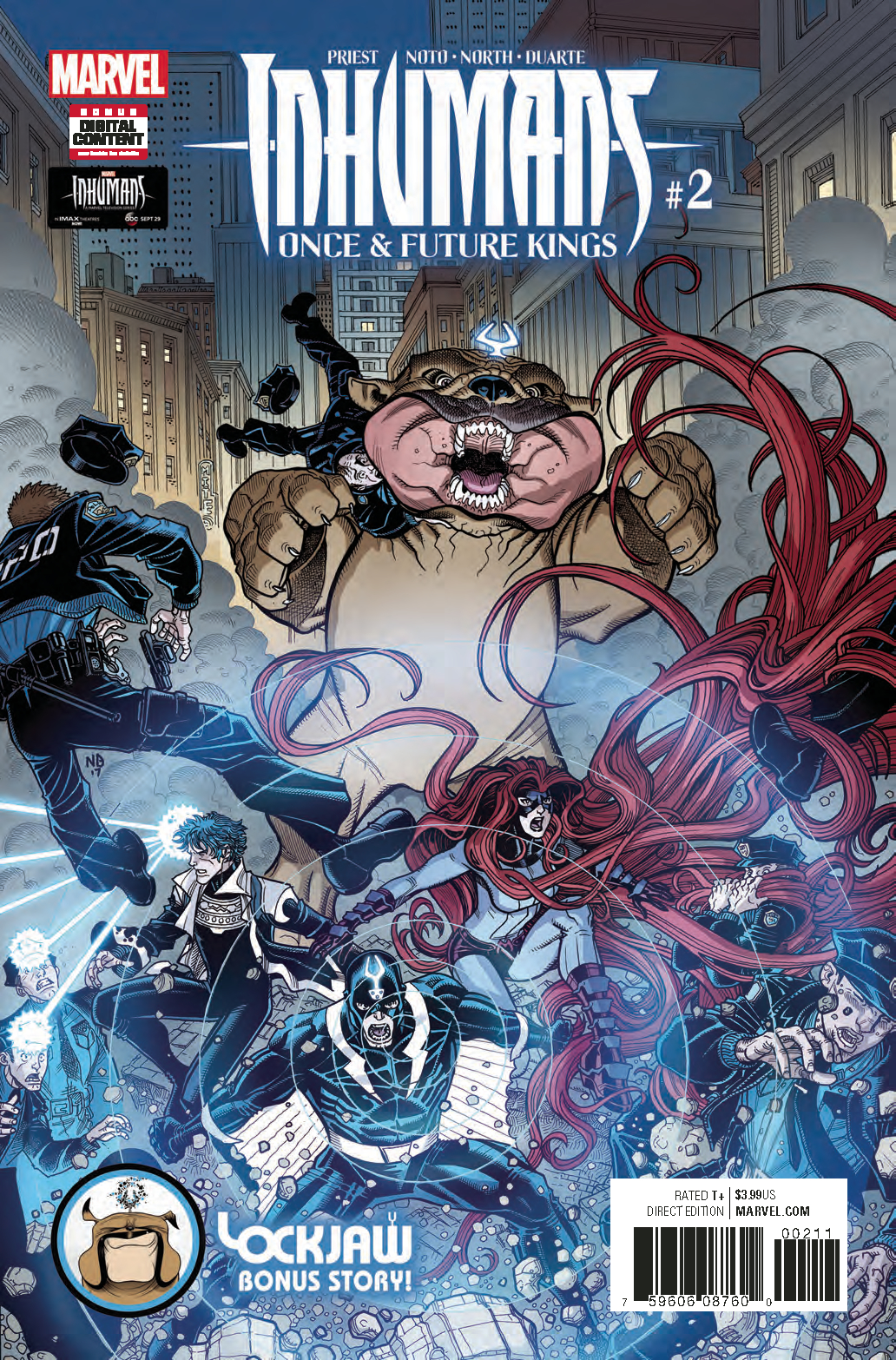 JUL171088
(W) Christopher Priest, Ryan North (A) Phil Noto, Gustavo Duarte (CA) Nick Bradshaw
THE ROYALS TAKE NEW YORK!
•  On the run from the king of Attilan, Black Bolt, Medusa and Maximus are transported to an alien world: New York City!
•  But someone is pulling the Royals' strings. Just what does the rebel Elisha want?
•  If they're gonna find out, they'll first have to answer to...the Wizard!
•  Plus: The continuing adventures of Lockjaw, as told by UNBEATABLE SQUIRREL GIRL writer Ryan North and artist Gustavo Duarte!
Rated T+
In Shops: Sep 06, 2017
SRP: $3.99
View All Items In This Series