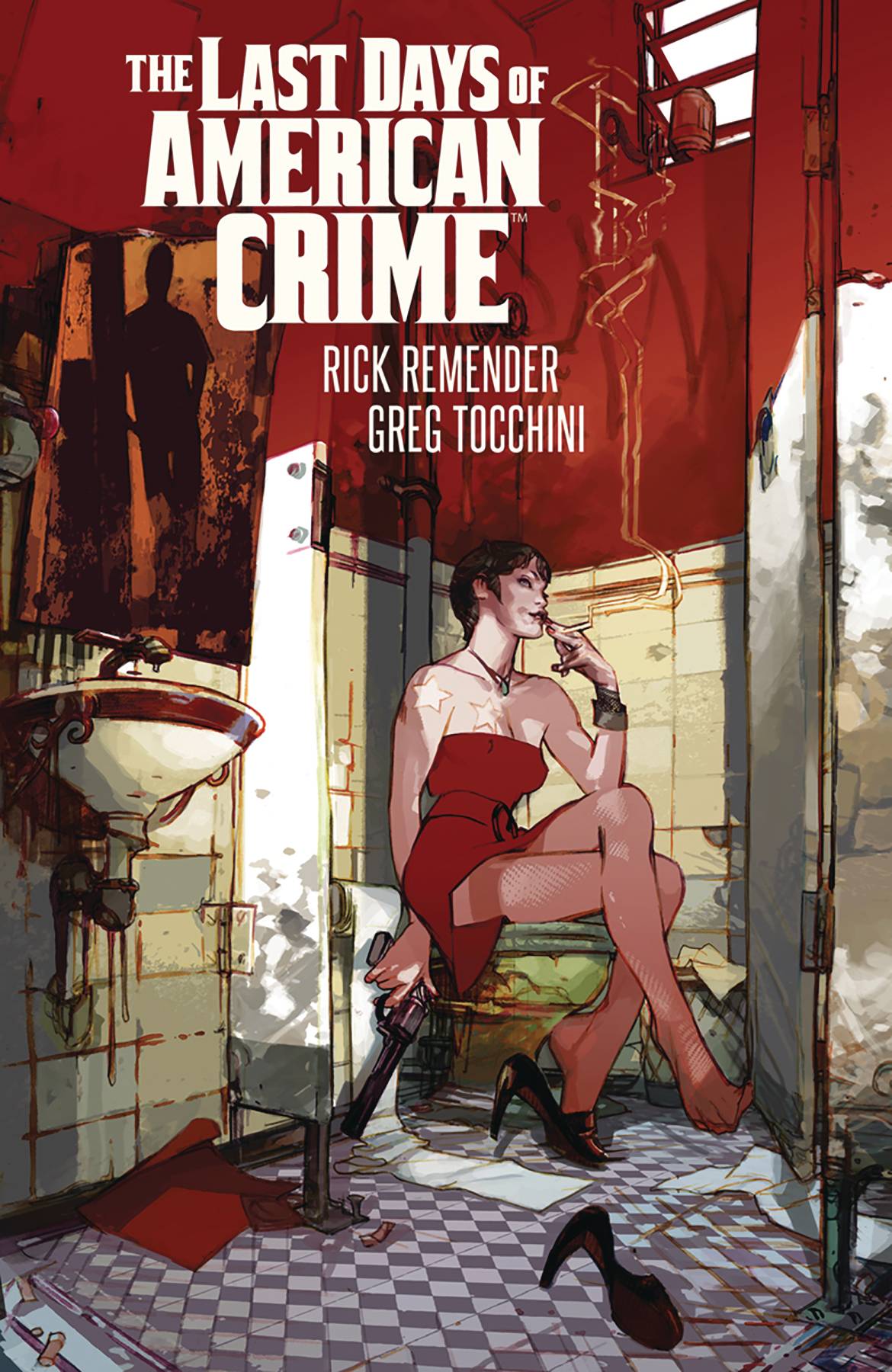 #
JUL170843
(W) Rick Remender (A/CA) Greg Tocchini
The critically acclaimed collaboration between RICK REMENDER (SEVEN TO ETERNITY, LOW) and GREG TOCCHINI (LOW, Uncanny X-Force) is back in print. In the not-too-distant future, as a final response to terrorism and crime, the US government plans in secret to broadcast a signal making it impossible for anyone to knowingly commit unlawful acts. But the media has leaked news of the anti-crime signal one week before it was to go live, and now Graham Brick, who was planning a huge heist, has just a few days to turn the crime of the century into the last crime in American history. Collects the complete series, LAST DAYS OF AMERICAN CRIME #1-3.
In Shops: Sep 20, 2017
SRP: $17.99