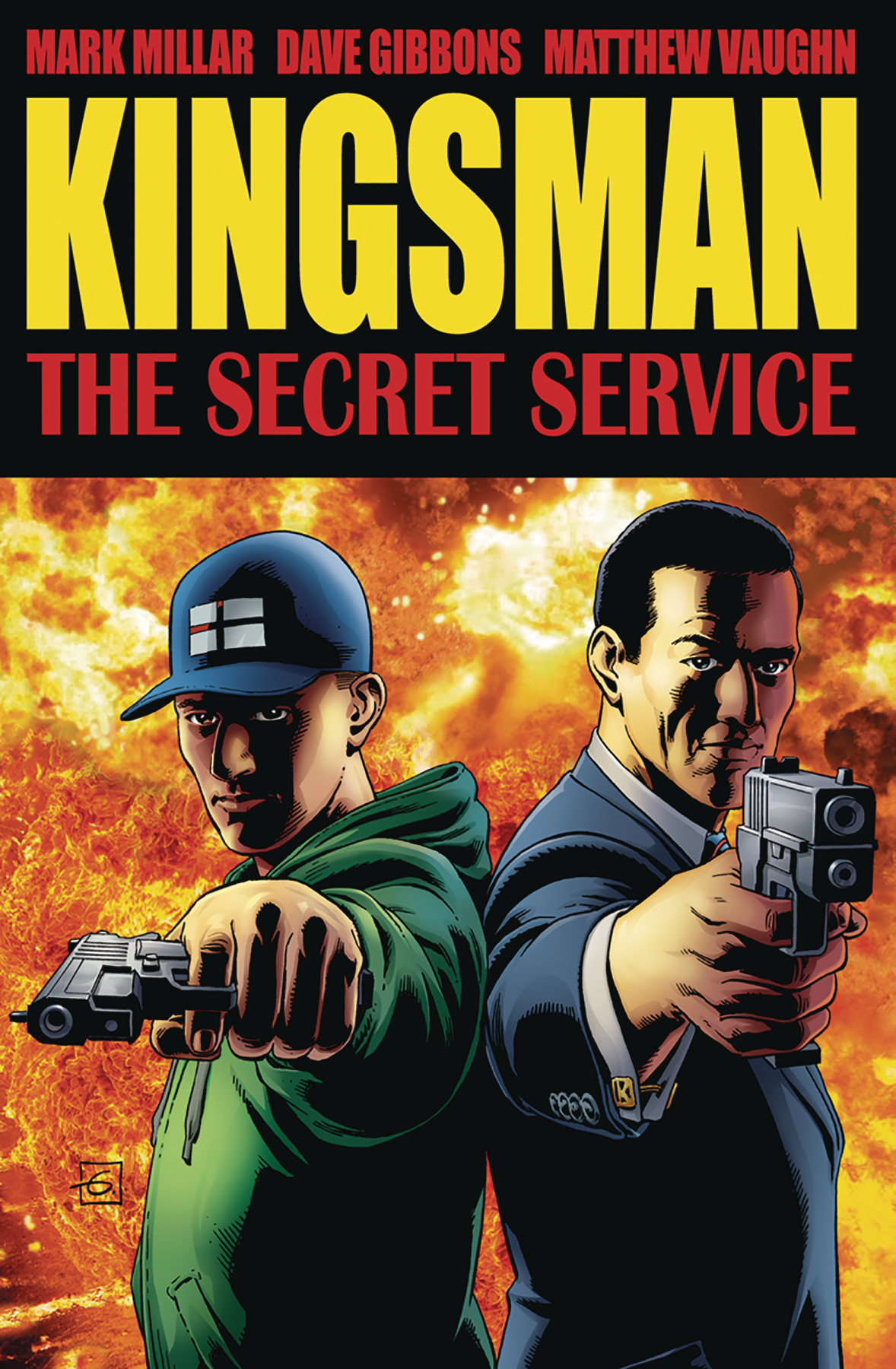 JUL170693
(W) Mark Millar (A/CA) Dave Gibbons
THE SECRET SERVICE: KINGSMAN is the critically acclaimed comic book series by Kick-Ass writer MARK MILLAR and Watchmen's DAVE GIBBONS. Now a Hollywood blockbuster starring Colin Firth and Taron Egerton, and directed by MATTHEW VAUGHN, KINGSMAN reinvents the spy genre for the 21st century. The story follows a British secret agent who takes his wayward nephew under his wing and trains him to become a gentleman spy. Together, they uncover a plot that links kidnapped celebrities with a plot to eradicate 90 percent of the human race! This 2017 edition comes with a limited edition FOX MOVIE COVER and a brand-new cover by DAVE GIBBONS, revealed in August.