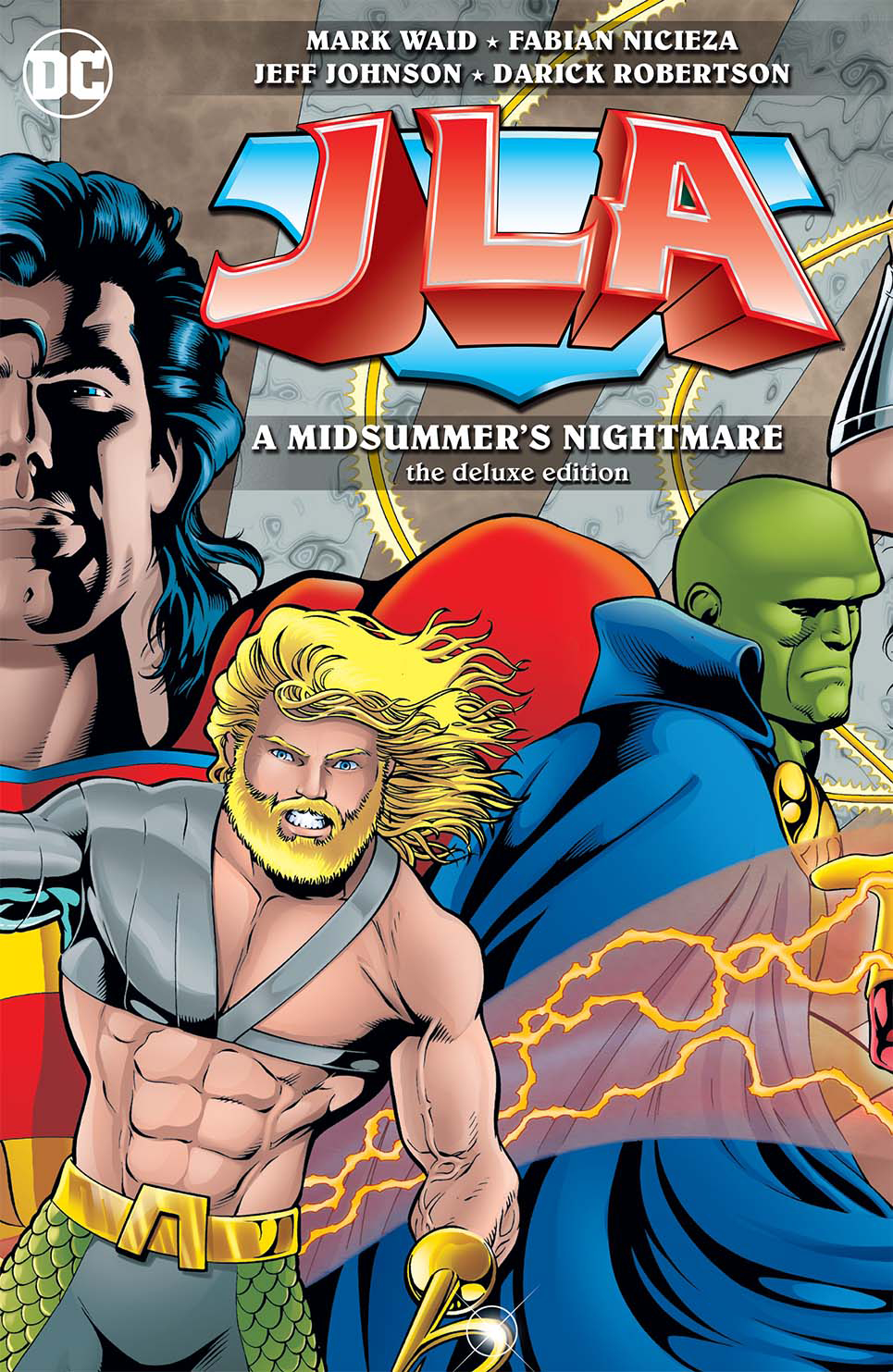 JUL170480
(W) Mark Waid, Fabian Nicieza (A) Jeff Johnson, Darick Robertson, Jon Holdredge (CA) Kevin Maguire, John Dell
In this three-issue miniseries that led into Grant Morrison's JLA run, something is wrong with the World's Greatest Heroes! Each has forgotten the life in which he or she wore a costume and protected the planet with their own unique powers and abilities. Even stranger, ordinary people everywhere are gaining their own powers in an insidious plan to cultivate Earth's population as a race of super-soldiers!
In Shops: Oct 25, 2017
SRP: $24.99