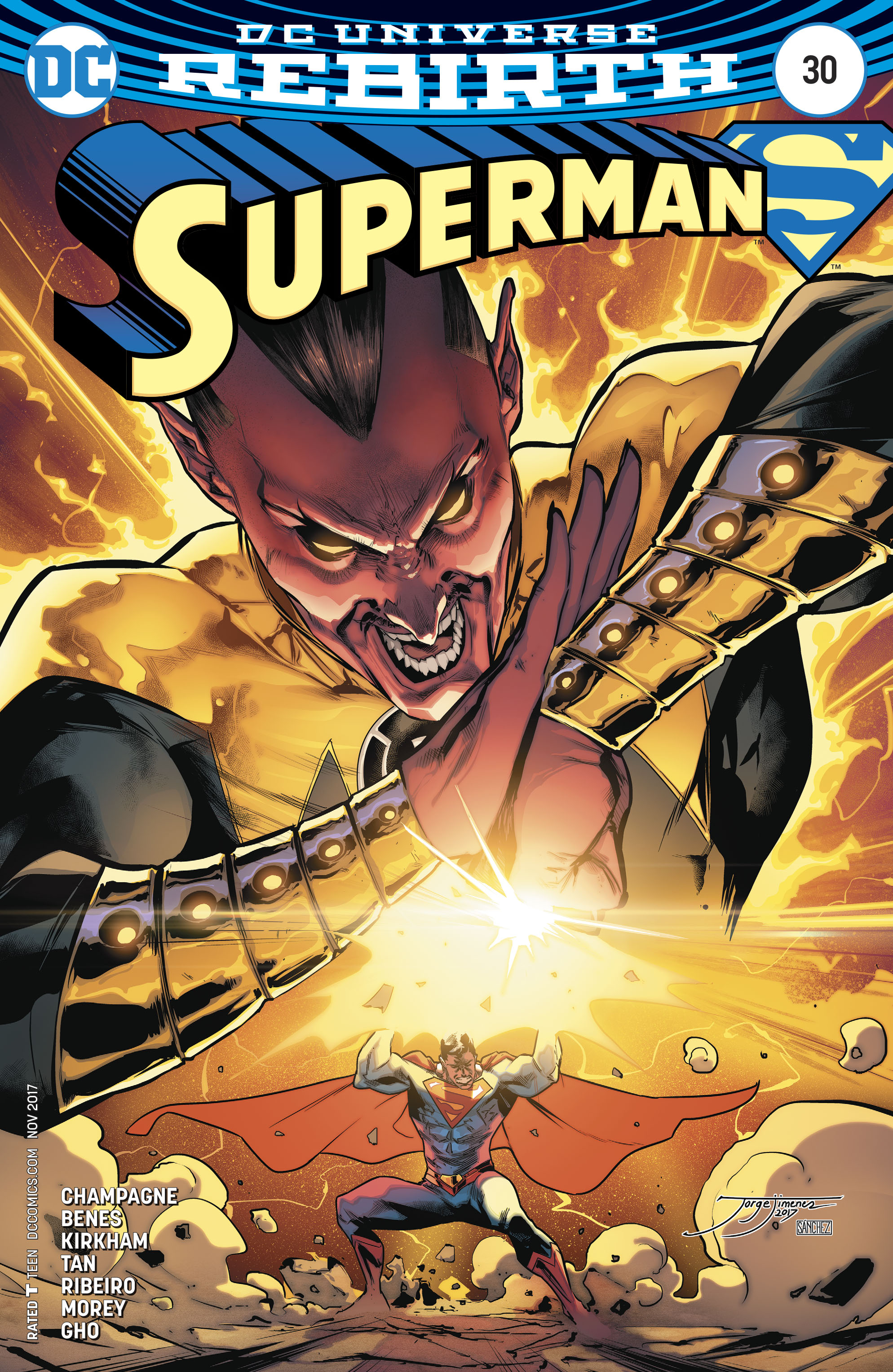 JUL170393
(W) Peter J. Tomasi, Patrick Gleason, Keith Champagne (A) Doug Mahnke, Jaime Mendoza (CA) Jorge Jimenez
"FEAR ITSELF" part two! This looks like a job for...Sinestro?! Thrust into the anti-matter universe of Qward, Superman's only hope is the former greatest of the Green Lanterns!
"Imperius lex!" It's a game of thrones on Apokolips as the lords of the dreaded world battle each other to claim its rule. Lex Luthor is summoned back to the warring planet, and he will need Superman to help him reclaim a crown he did not ask for. Meanwhile, Lois is confronted by the Female Furies and Jon faces the Children of the Firepits.
In Shops: Sep 06, 2017
SRP: $2.99
View All Items In This Series