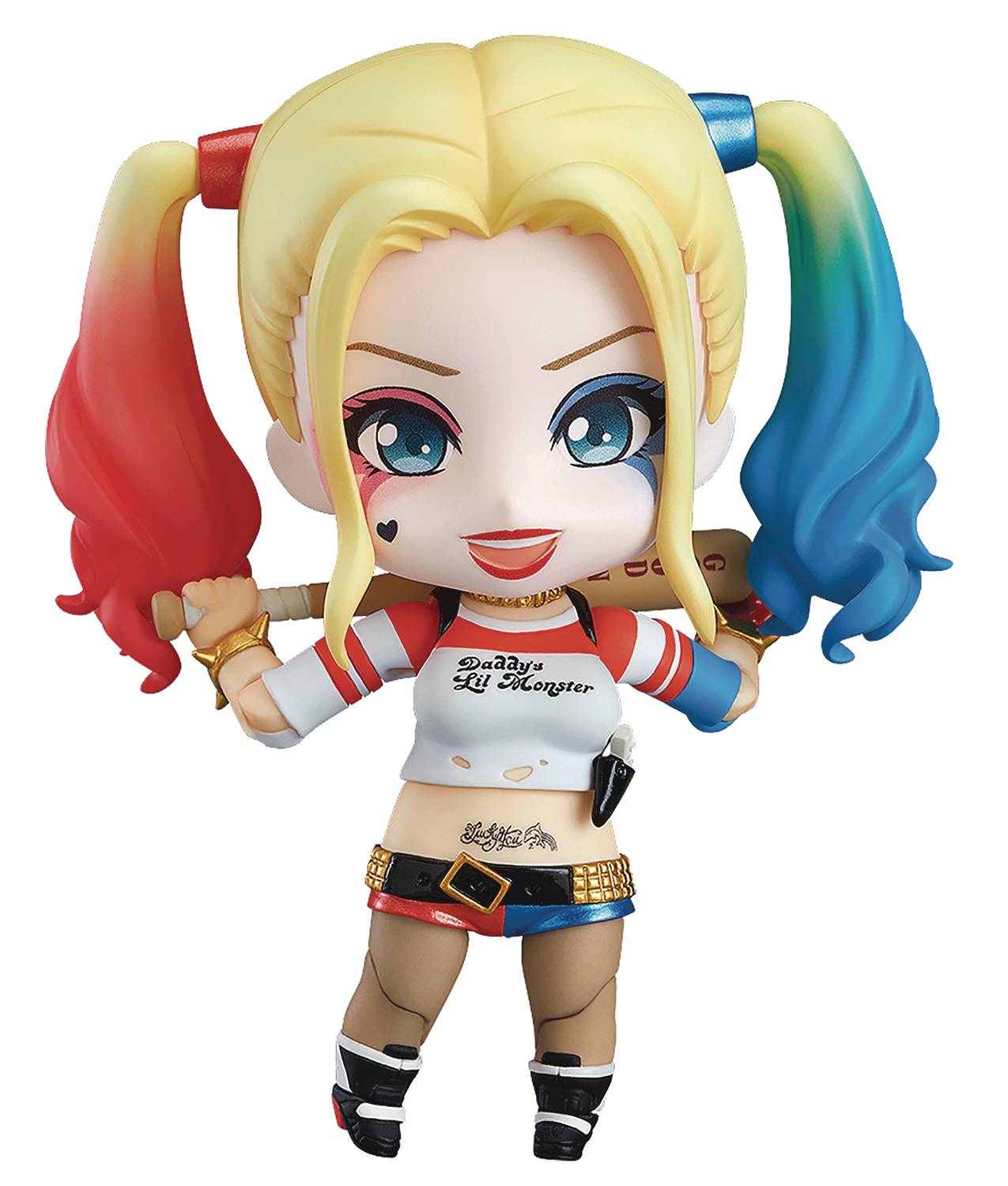 #
JUL168630
From Good Smile Company. From the movie Suicide Squad comes a Nendoroid of the cute, crazed supervillain - Harley Quinn! The Nendoroid has carefully captured all of Margot Robbie's charm while still keeping to the cute Nendoroid design making her one of the cutest Nendoroids ever based on a live action movie character! The face plate to display her blowing bubblegum can also have the bubble part removed creating a fourth way to put her on display! The figure is also fully articulated allowing you to easily place her in poses that come straight out of the movie as well as create your own original poses; she also comes with a baseball bat to recreate combat scenes!