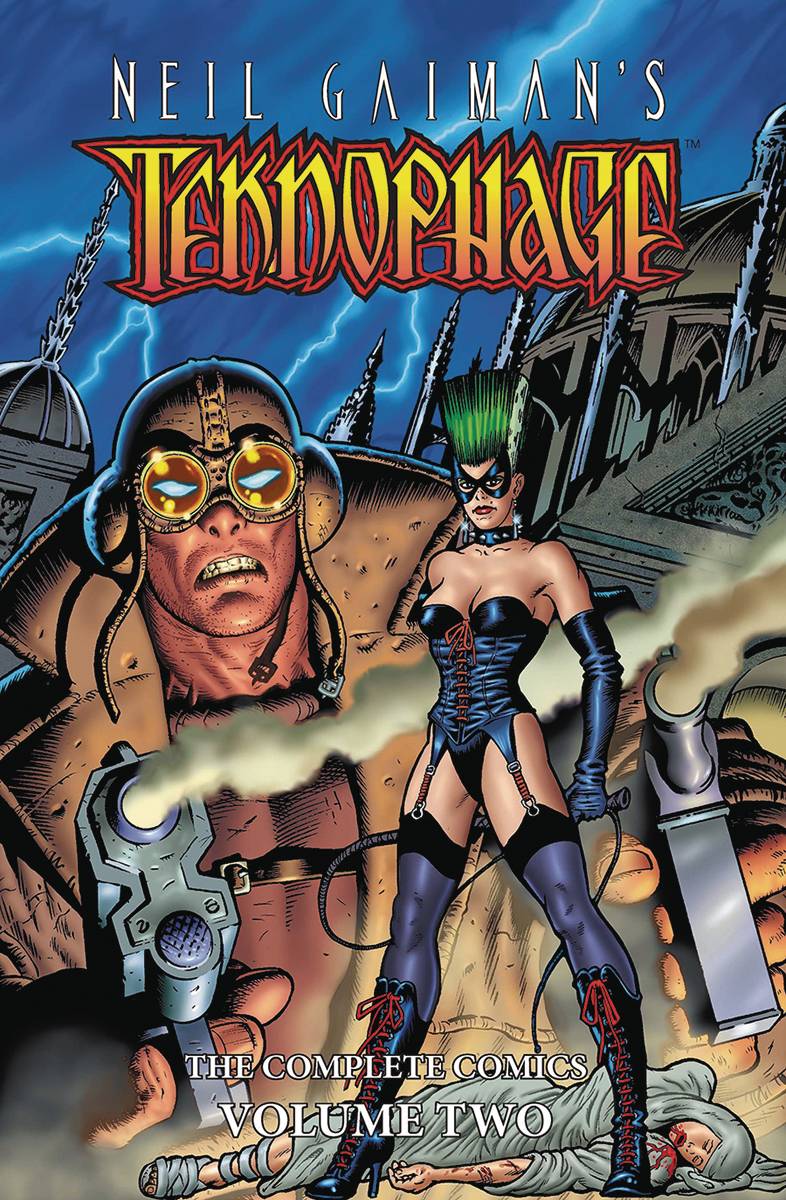 #
JUL161842
(W) Neil Gaiman, Bryan Talbot, Paul Jenkins (A/CA) Steve Pugh, Fred Harper, Angus McKie
The 65 million year-old intelligent dinosaur known as Teknophage has begun to lose his grip on his awesome power over untold universes and possibly what passes for his sanity. Has his insatiable lust for power lead to his ultimate downfall? What are the plans of the mysterious Messalina, and the man known as the Freedom Fighter? And what happens when, finally, Teknophage is assassinated? Is that really even possible? Who will rule Kalighoul then? And who are Agnes and Johua? And what role do they play in all this madness? Available in Softcover and Hardcover editions.
In Shops: Sep 21, 2016
SRP: $14.99
View All Items In This Series
ORDER WISH LIST