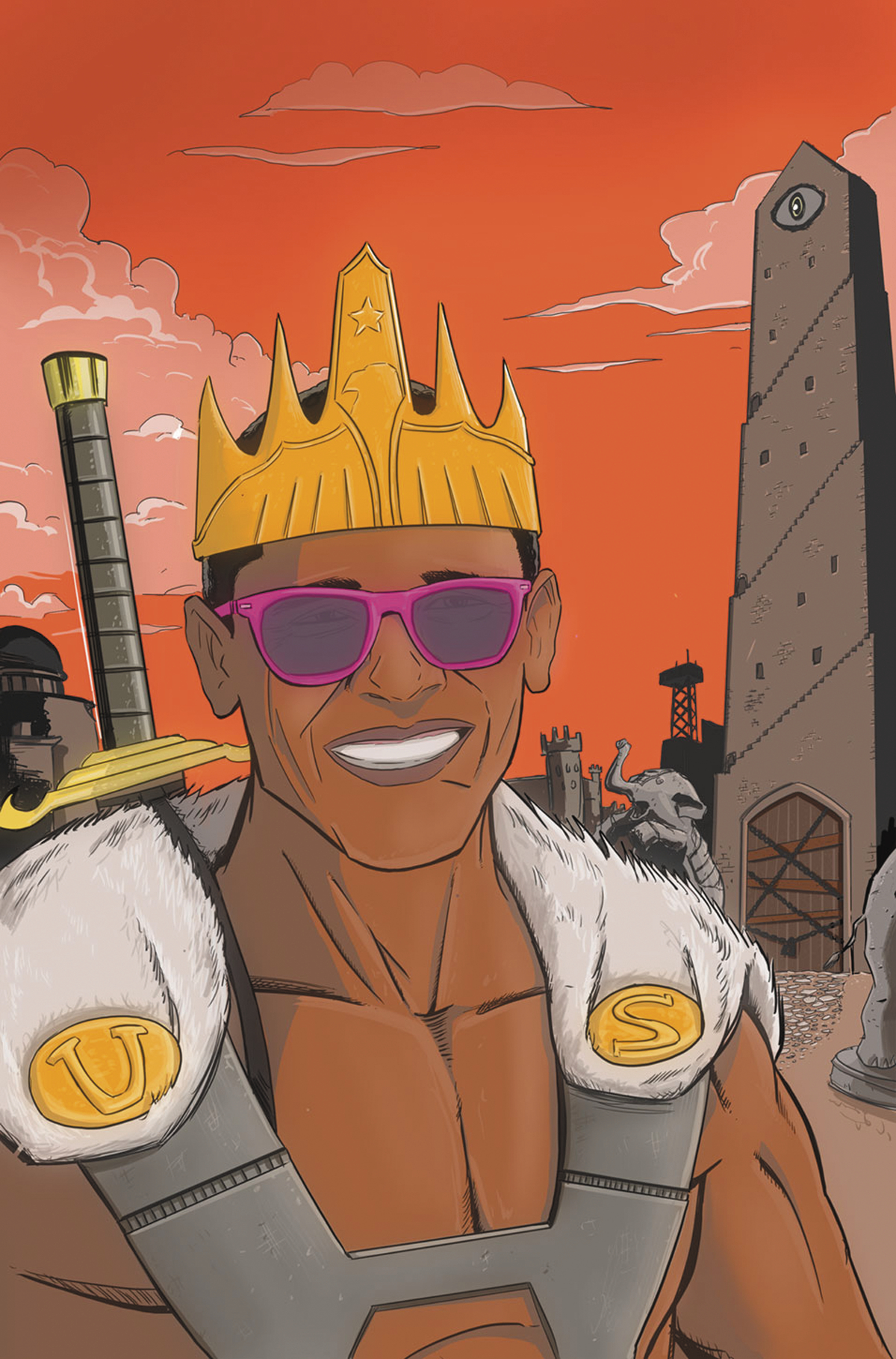 JUL161522
(W) Larry Hama, Josh Blaylock (A) Christopher Schons, John Christmas
The ultimate commemorative send-off for the Commander-in-Chief. An all new short story "No More Fs to Give" joins this satirical collection of breakout hit comics that were launched in tandem with the Obama presidency, to international acclaim: Barack the Barbarian: Quest for the Treasure of Stimuli and The Fall of Red Sarah. Told as a tale in a distant future ice age, the details behind our 44th POTUS (and world) have been slightly skewed.
In Shops: Nov 23, 2016
SRP: $18.99
ORDER WISH LIST