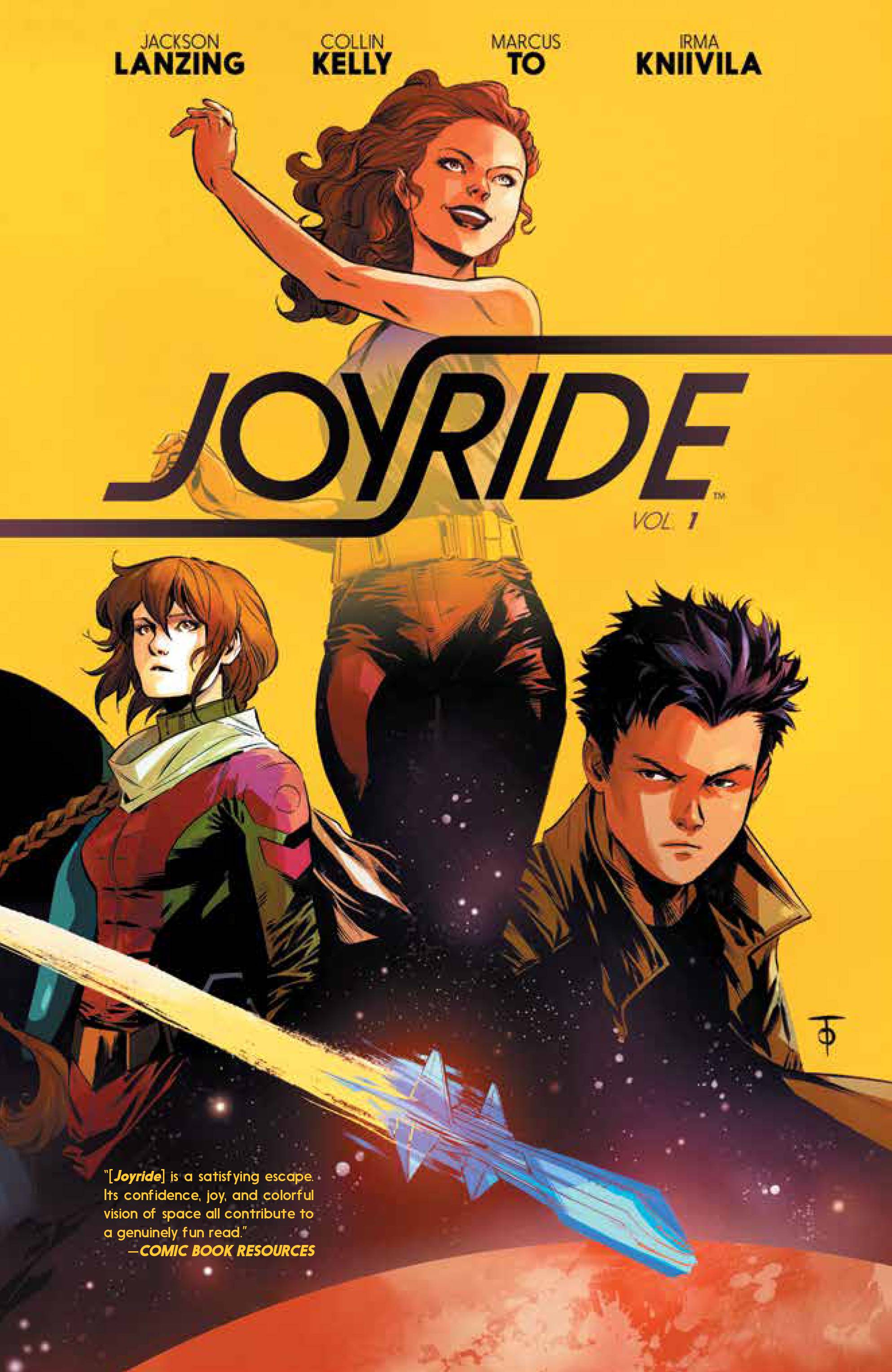 #
JUL161338
(W) Jackson Lanzing, Collin Kelly (A/CA) Marcus To
Earth sucks. The stars have been blocked out for so long that people have forgotten there was anything else besides the World Government Alliance watching over them.
When Uma  Akkolyte jacks an alien spaceship and punches through the stratosphere she sets forth on an adventure with an unlikely crew who are totally not ready for all the good, bad, and weird the universe will throw at them.
From writers Jackson Lanzing and Collin Kelly (Batman and Robin Eternal, Grayson) and artist Marcus To (Nightwing, New Avengers), Joyride is a rebellious love letter to the sci-fi genre, exploring what happens when nothing stands between a group of teens and their freedom amongst the stars.
Collects issue #1-4 of the ongoing series.
In Shops: Sep 21, 2016
SRP: $9.99
View All Items In This Series