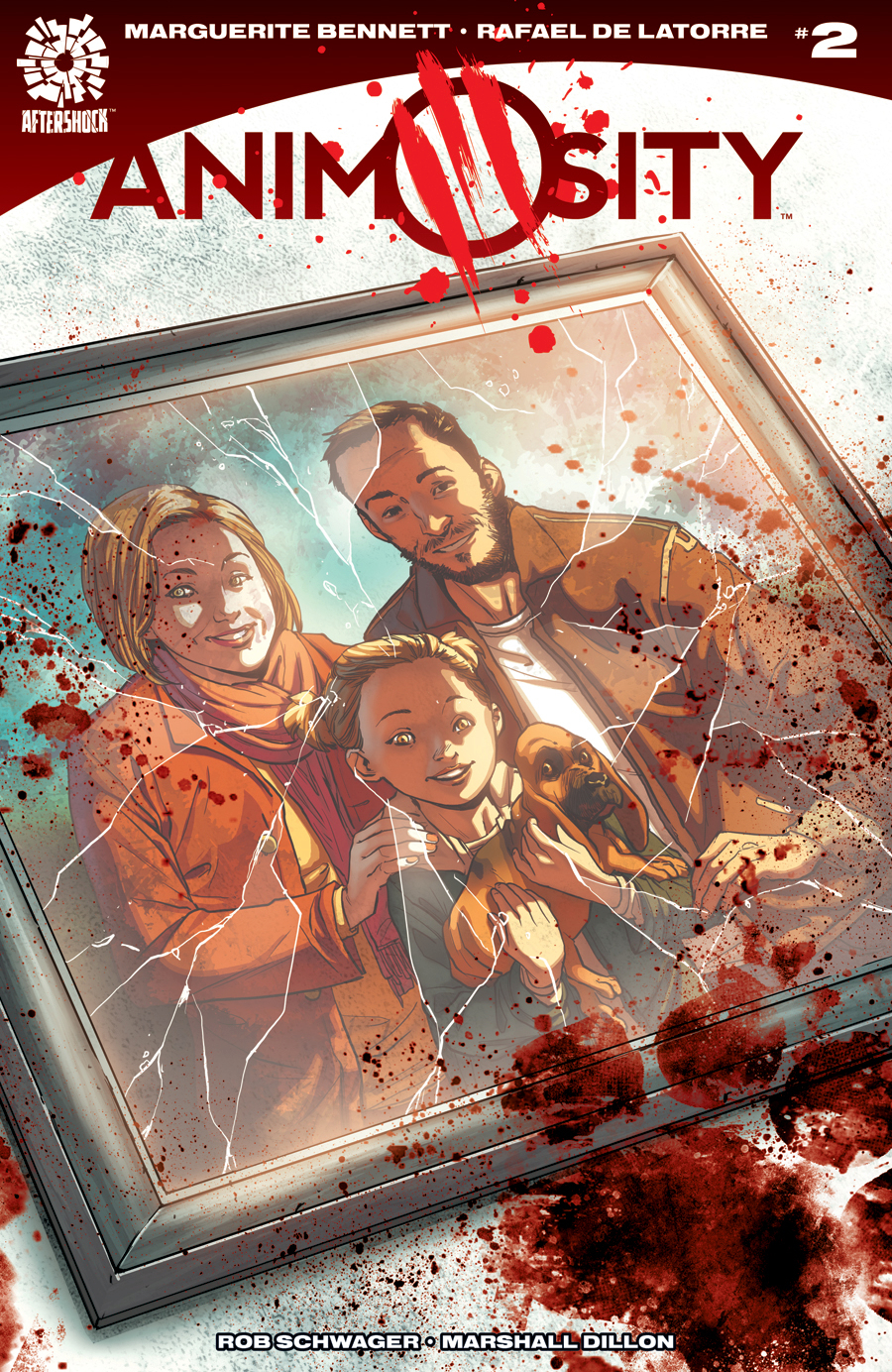 JUL161170
(W) Marguerite Bennett (A/CA) Rafael De Latorre
One year after the "Wake," all Animals have gained the powers of thought and speech--and the ability power to take revenge. New York City erupts as a battleground between the what remains of the U.S. Government and the rise of the ferocious new "Animilitary," who seek to carve out a peaceful homeland of their own. Caught in the middle is a Bloodhound and his 10-year-old adopted human daughter, desperate to escape the conflict, and find a haven at last...
In Shops: Sep 14, 2016
SRP: $3.99
View All Items In This Series