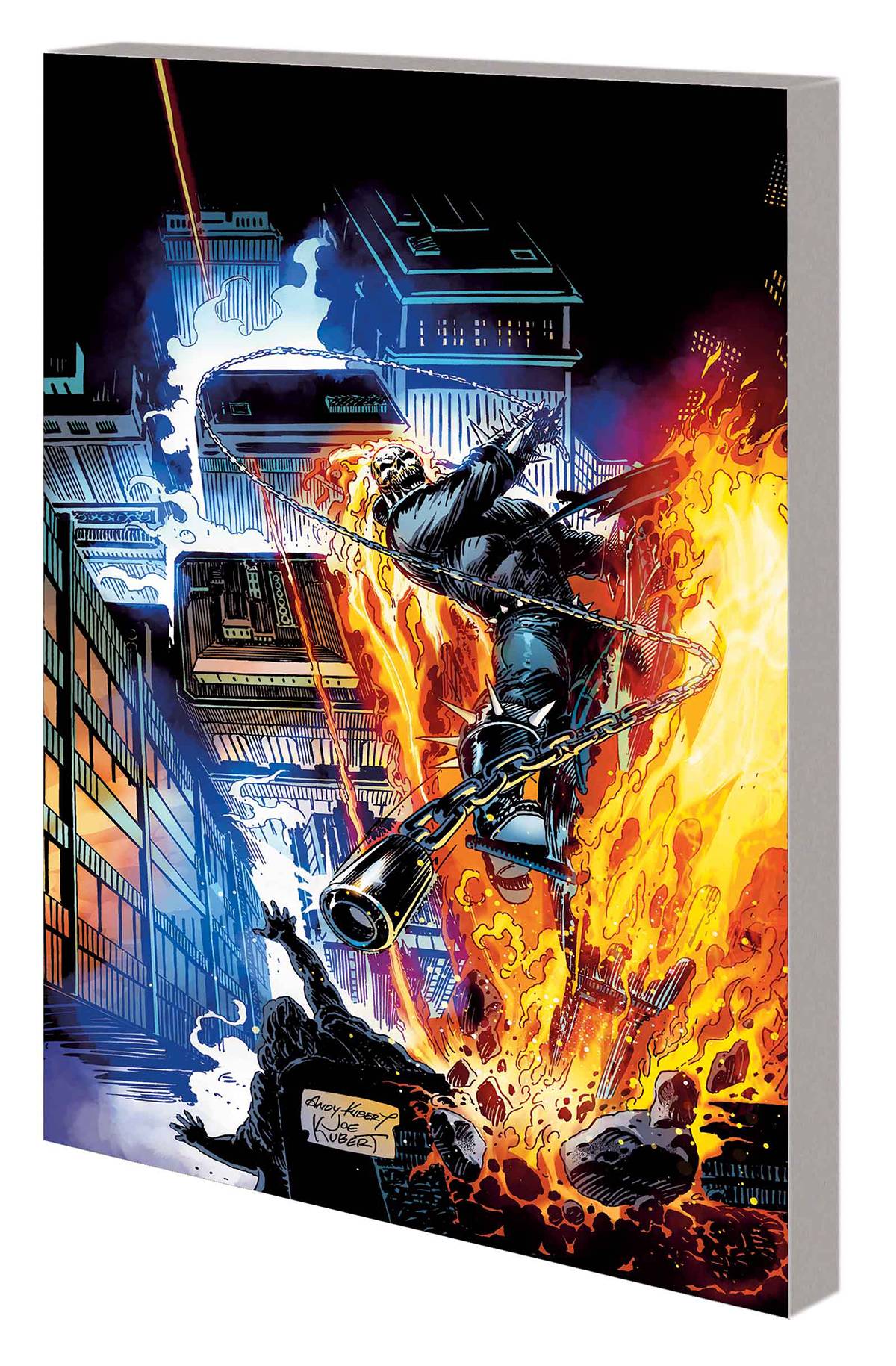 #
JUL161094
Johnny Blaze and Dan Ketch race side by side as the Spirits of Vengeance as Marvel's Midnight Sons rise to face a hellish threat like no other! Former Ghost Rider Blaze joins Ketch, his successor, and fellow Sons including Morbius, Blade, the Nightstalkers and the Darkhold Redeemers in the fight against Lilith, Mother of Demons, and her horrifying progeny! Then, Blaze and Ghost Rider target Hag and Troll, but they're not the only ones on the trail. So is Venom! And where the sinister symbiote goes, can Spider-Man be far behind? Collecting GHOST RIDER (1990) #28 and #31, GHOST RIDER/BLAZE: SPIRITS OF VENGEANCE #1-6, MORBIUS: THE LIVING VAMPIRE (1992) #1, DARKHOLD: PAGES FROM THE BOOK OF SINS #1, NIGHTSTALKERS #1, WEB OF SPIDER-MAN (1985) #95-96 and material from MIDNIGHT SONS UNLIMITED #1.
Rated T+
In Shops: Oct 12, 2016
SRP: $34.99
ORDER WISH LIST