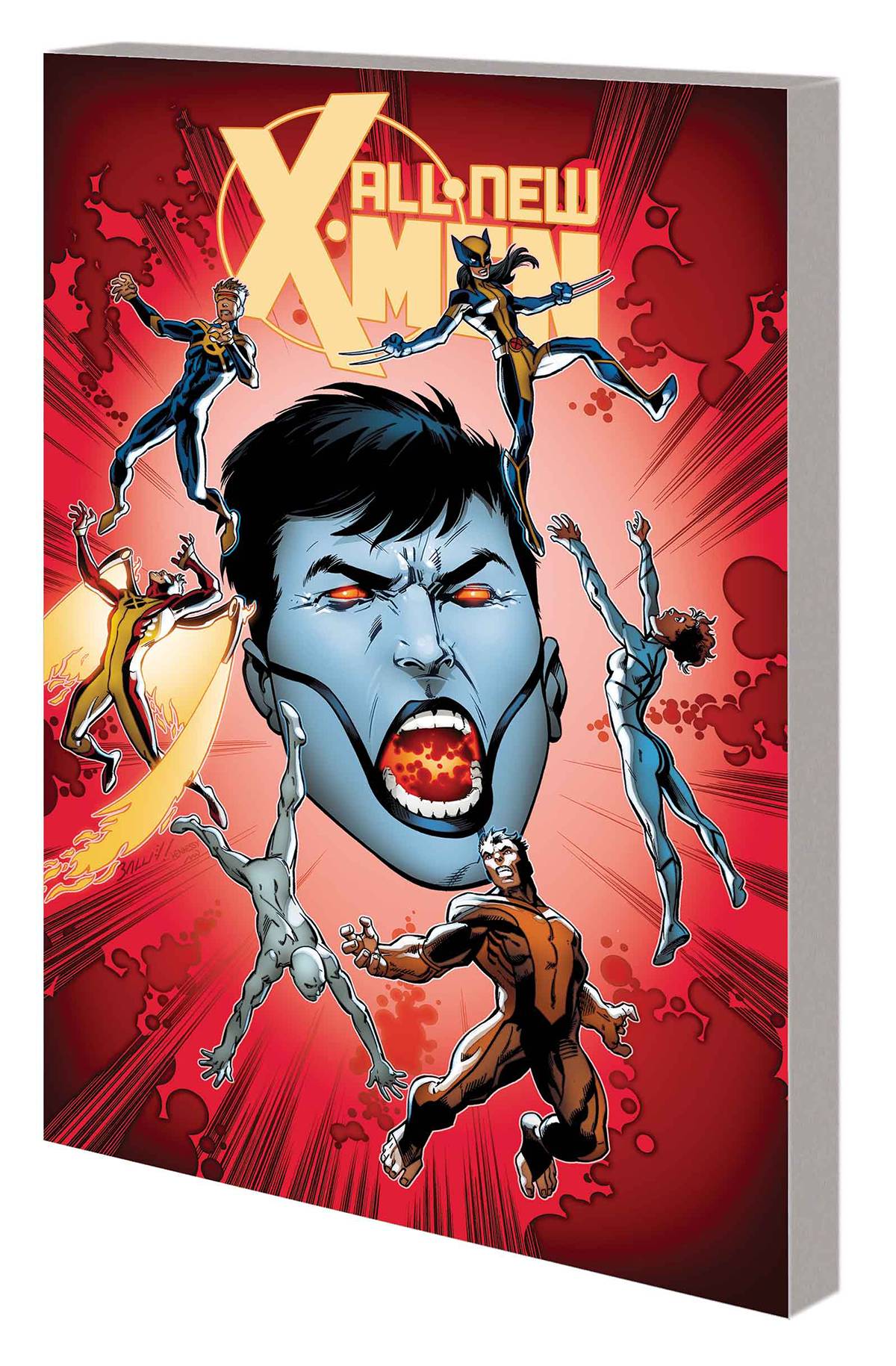 #
JUL161081
(W) Dennis Hopeless (A) Paco Diaz Luque (A/CA) Mark Bagley
The All-New X-Men continue to chart their own path through a world that hates and fears them! And they live in the shadow of their fate - especially Cyclops, whose adult self's actions are notorious. But together can these young mutants change their destiny? Beast will try, but can a man of science find the guidance he seeks from the Sorcerer Supreme, Doctor Strange? Perhaps none among them faces the legacy of an older counterpart quite like Evan - a.k.a. Kid Apocalypse! Is he damned to become a genocidal madman like his namesake? Or can he somehow rise above? When the "Apocalypse Wars" begin, he will be tested like never before - both in the present and in the far past! They're yesterday's and tomorrow's X-Men, and they're fighting the future the only way they know how! Collecting ALL-NEW X-MEN (2015) #7-11.
Rated T+
In Shops: Oct 12, 2016
SRP: $15.99
View All Items In This Series
ORDER WISH LIST