MOCKINGBIRD TP VOL 01 I CAN EXPLAIN 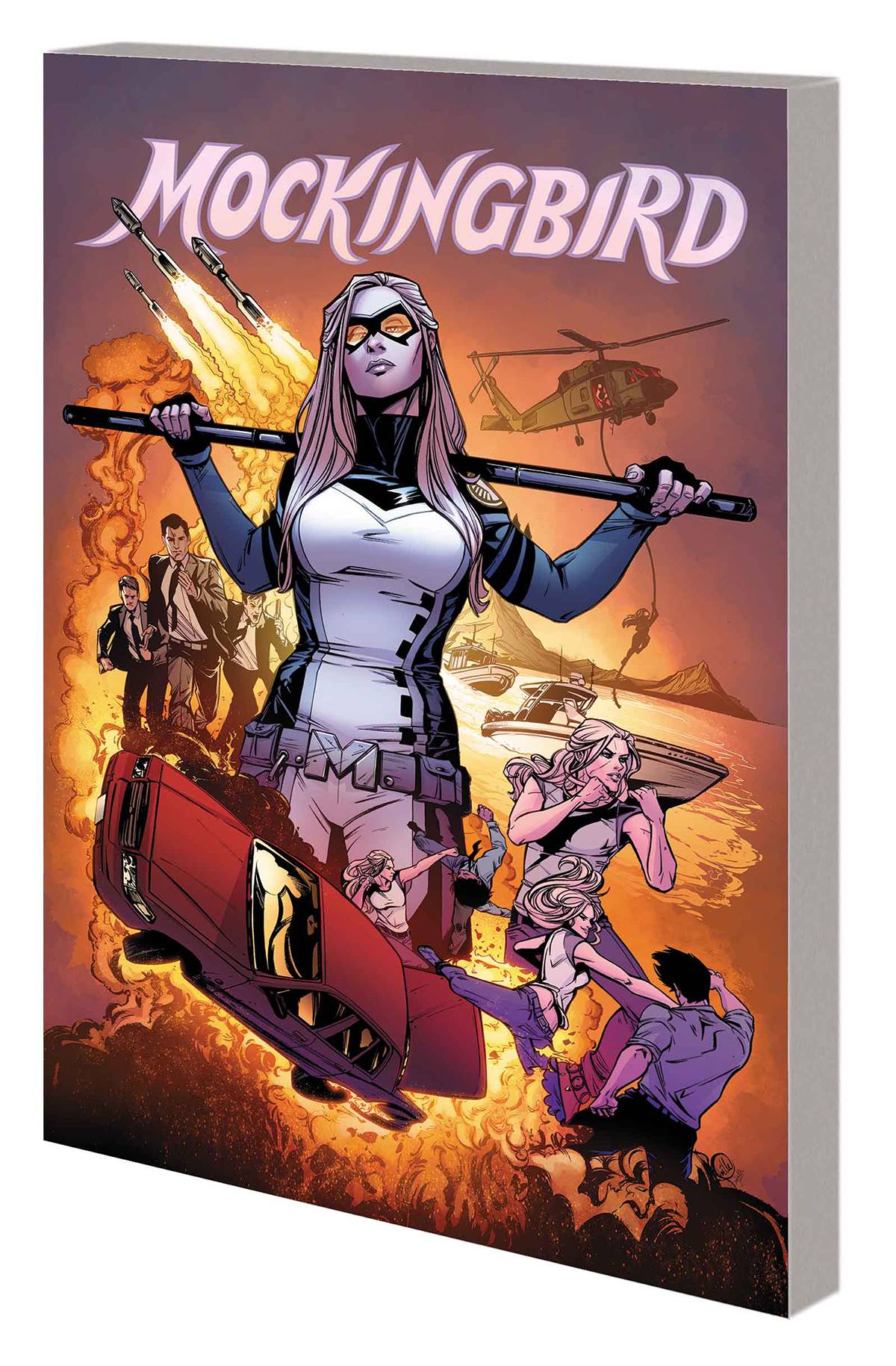 #
JUL161078
(W) Chelsea Cain (A) Kate Niemczyk, Ibrahim Moustafa (A/CA) Jo?lle Jones
S.H.I.E.L.D. Agent Bobbi Morse, the former Avenger known as Mockingbird, goes solo! With a scientific mind and a lethal mastery of martial arts, she's always been one of S.H.I.E.L.D.'s best agents, but what happens when someone close to her is murdered? There are strange goings-on to investigate in the peacekeeping organization's own medical-and-recovery network. But when Lance Hunter's undercover gig at the London Hellfire Club goes south, Mockingbird sets off, battle staves at the ready, to save Hunter - and the Queen of England! From helping out a teen driven bonkers by her own new powers, to doing a little dog-sitting, Bobbi shows she's a woman of many talents as best-selling author Chelsea Cain makes Mockingbird sing! Collecting MOCKINGBIRD #1-5 & MOCKINGBIRD: S.H.I.E.L.D. 50TH ANNIVERSARY #1.
Rated T+
In Shops: Oct 19, 2016
SRP: $17.99
View All Items In This Series
ORDER WISH LIST