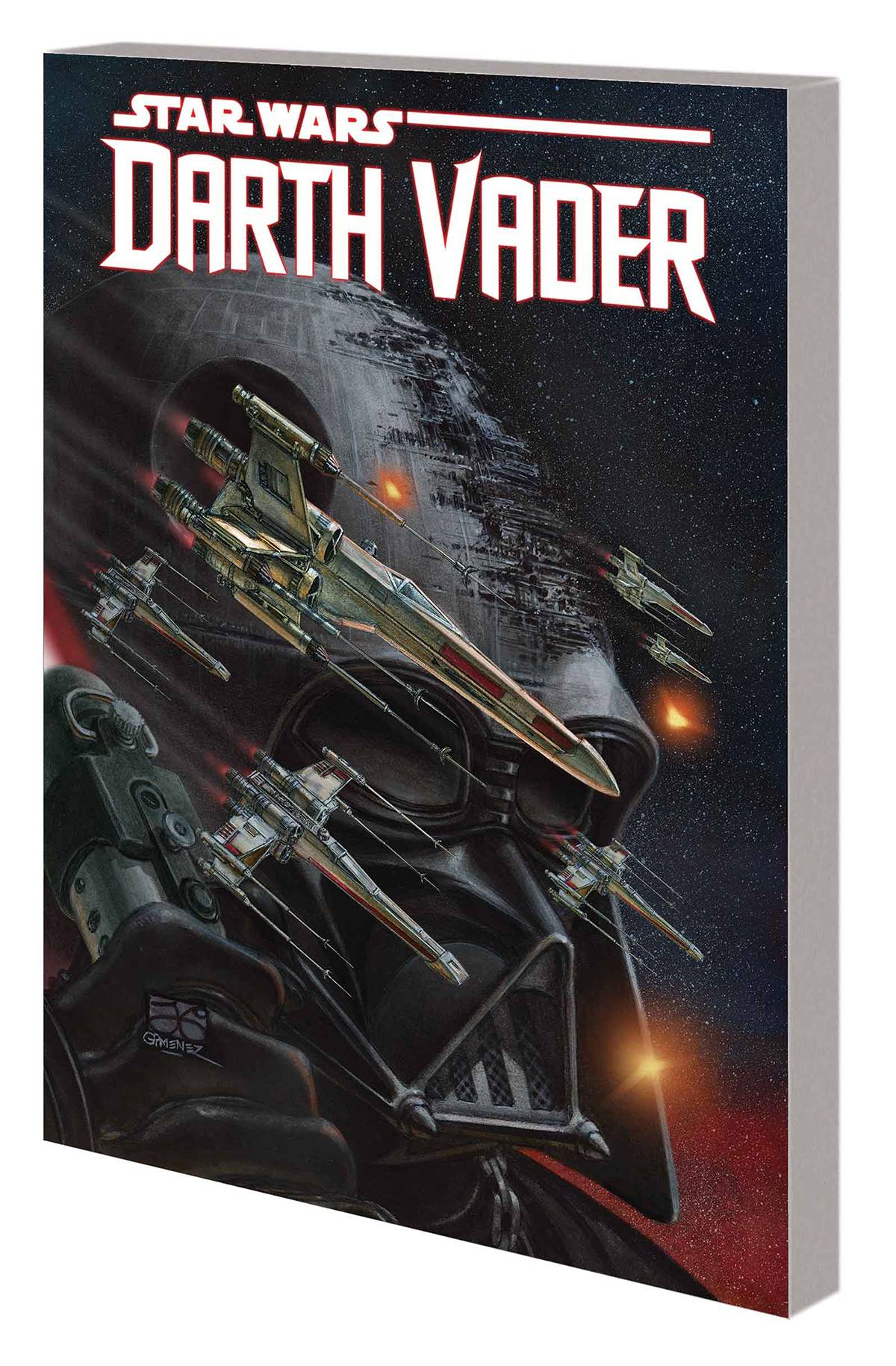 #
JUL161076
(W) Kieron Gillen (A) Salvador Larroca (CA) Juan Gimenez
Darth Vader has been secretly pursuing his own agenda, but now it is time for the End of Games. As Inspector Thanoth returns with some startling information, it seems that Vader may have passed his master's tests. But even after finding favor in the eyes of the Emperor, the Dark Lord's schemes may yet prove his undoing. While killer droids Triple-Zero and Beetee wreak havoc in their own homicidal adventure, the Empire's dreadnought The Executor moves closer to launch. But Vader faces tumultuous battles with the cybernetic Cylo - and himself! Lost in visions of the Force, is he now more machine than man? Or can he fight his way back from the brink to see his missions and machinations finally come to fruition? The imperial march of the dark side reaches a crescendo! Collecting DARTH VADER #20-25.
Rated T
In Shops: Nov 23, 2016
SRP: $19.99
View All Items In This Series
ORDER WISH LIST