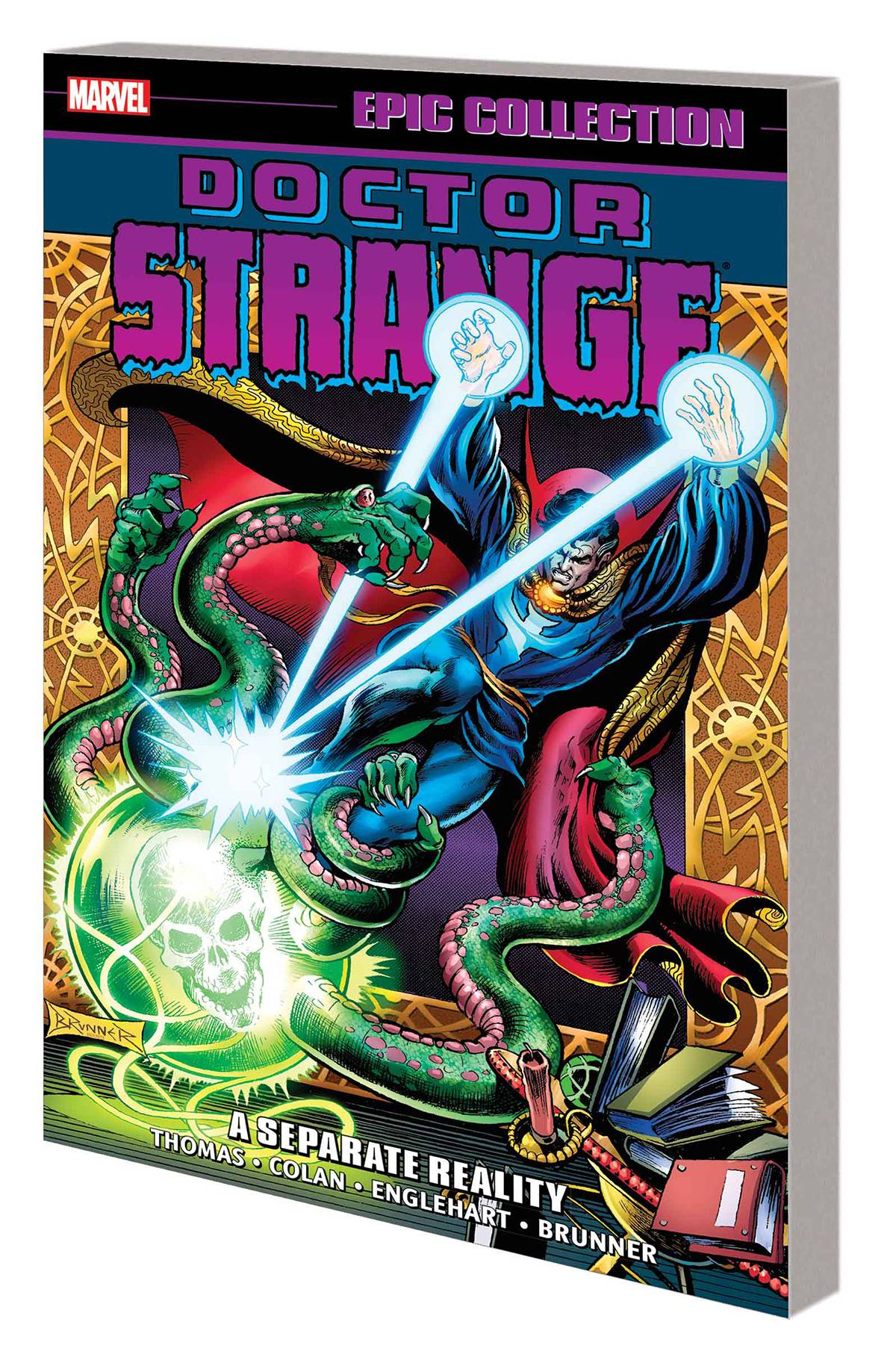 #
JUL161069
(W) Various (A) Various (CA) Frank Brunner
It's Doctor Strange at his very best, brought to you by a host of top-flight creators including Roy Thomas, Gene Colan, Stan Lee and Barry Windsor-Smith! They'll take you on a trip to the dark side of the Marvel Universe, and bring you before the Undying Ones, Baron Mordo, the cosmic threat of Eternity and the eldritch horror of Shuma-Gorath! Then, Steve Englehart and Frank Brunner break new boundaries of cosmic consciousness and other-dimensional adventure. Their all-time classic "Sise-Neg Genesis" and "Silver Dagger" sagas are strikingly personal epics featuring deliriously lush art and stories that plumb the depths of Strange's soul! Also: Witness the death of the Ancient One, and Doctor Strange's ascension to Sorcerer Supreme! Collecting DOCTOR STRANGE (1968) #180-183, SUB-MARINER (1968) #22, INCREDIBLE HULK (1968) #126, MARVEL FEATURE (1971) #1, MARVEL PREMIERE #3-14 and DOCTOR STRANGE (1974) #1-5.
Rated T
In Shops: Oct 19, 2016
SRP: $39.99
ORDER WISH LIST