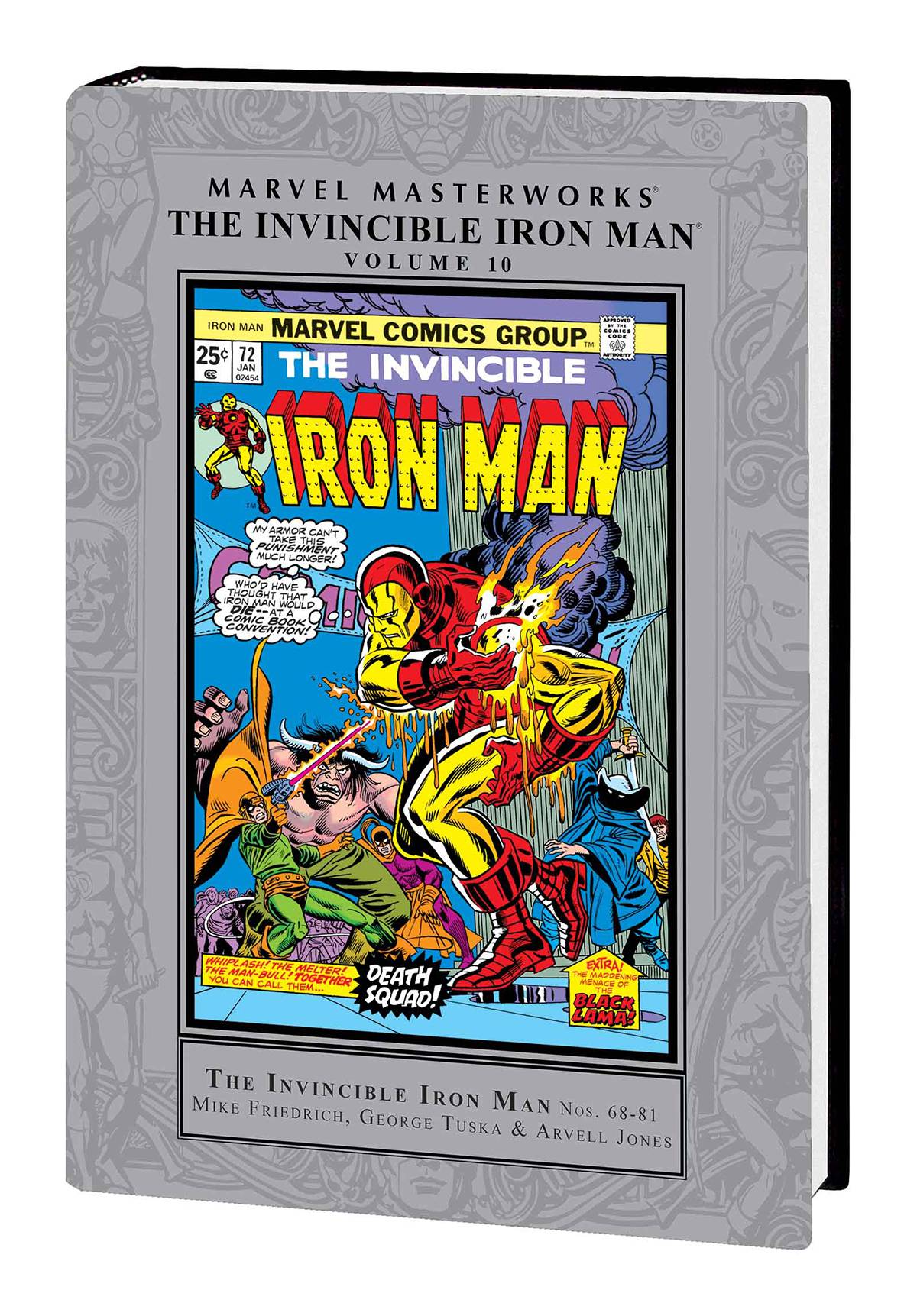 #
JUL161065
(W) Various (A) Various (CA) Gil Kane
The world's most famous Avenger is about to face one of his greatest challenges in the latest Iron Man Masterworks! A feud of epic proportions has been growing amongst the world's super villains. The mysterious Black Lama pits villain against villain in a globe-spanning battle royale and the prize is ultimate power. It pits the Mandarin against the Yellow Claw, M.O.D.O.K. against the Mad Thinker and everyone against Iron Man! It's a saga like only Marvel makes them - "The War of the Super-Villains!" The story's surprise twists will even bring Iron Man to sunny southern California and San Diego Comic Con! (Hope he pre-registered!) Also featuring the towering threat of Ultimo and Iron Man's return to Vietnam to rescue a friend behind enemy lines. Collecting IRON MAN (1968) #68-81.
Rated T
In Shops: Jan 11, 2017
SRP: $75.00
View All Items In This Series
ORDER SUBSCRIBE WISH LIST