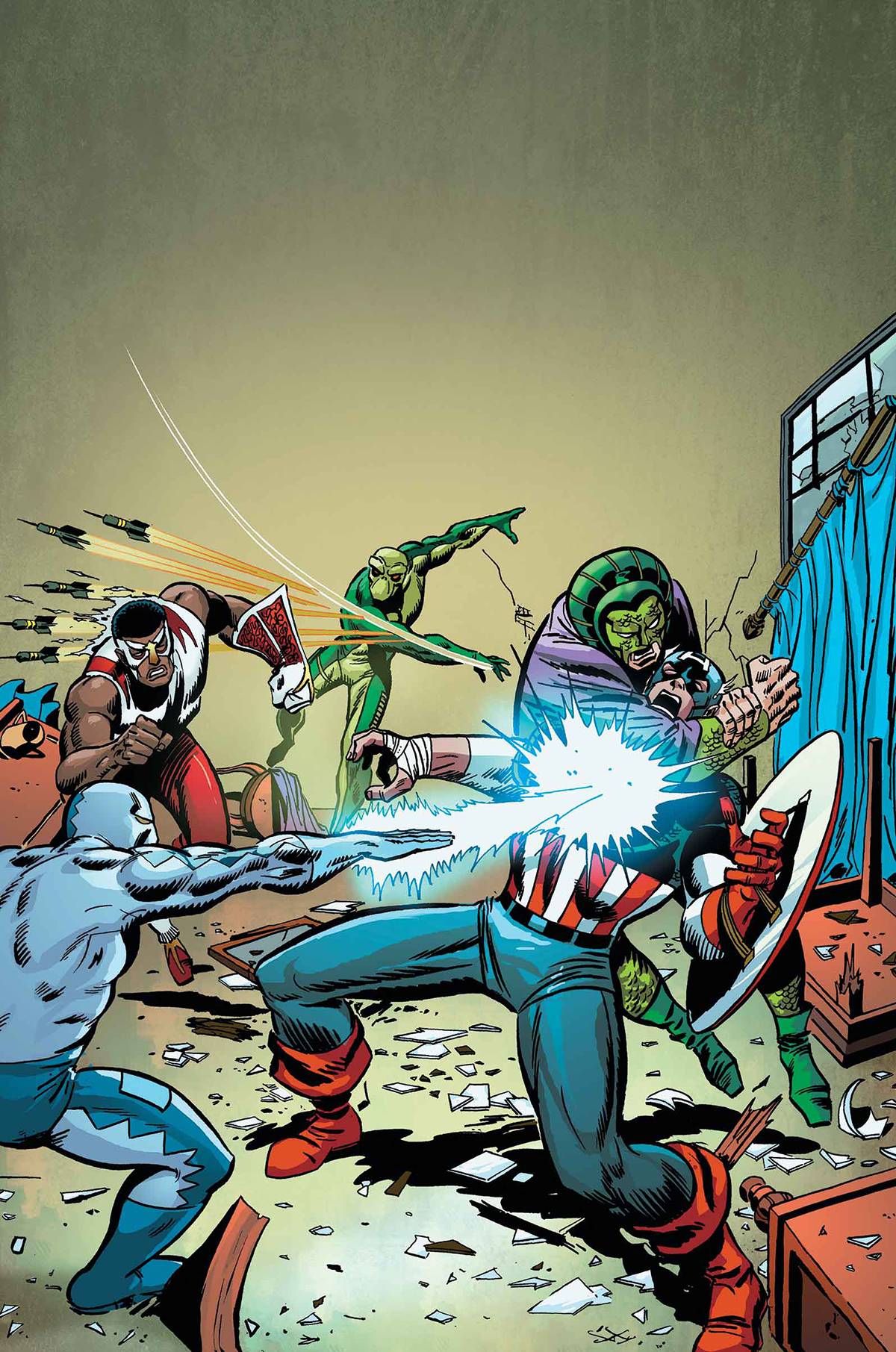 #
JUL160964
(W) Mark Gruenwald, Steve Englehart (A) Paul Neary, Dennis Janke, Al Williamson, John Verpoorten (A/CA) Sal Buscema
• Slithering super villains, it's a syndicate of snake-themed sinners!
•  The sinister Sidewinder amasses an army of ophidian offenders - including Cottonmouth, Diamondback and Princess Python - for his mercenary Serpent Society!
•  In Captain America's first brush with the team, he'll land in the arms of Anaconda! But whose side will he take when the Society targets M.O.D.O.K. for death?
•  Look back at the Society's original incarnation as Cap and the Falcon contend with the Serpent Squad!
•  Collecting CAPTAIN AMERICA (1968) #163, #310, #313 and #315.
Rated T
In Shops: Sep 21, 2016
SRP: $7.99
ORDER WISH LIST